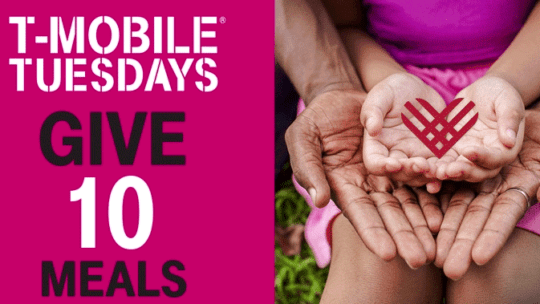 Though secular, Thanksgiving remains a divisive holiday. While some lean into the spirit of giving generated by turkey pardons, stuffing and sweet potato pie, others feel triggered by divisive conversation at family meals and a capitalist consumerism fetish that creeps forward earlier than Black Friday every year.

In the true spirit of this holiday, we are reminded that giving back need not only happen on Thanksgiving. Several companies have leaned into giving back before, and after, Turkey Day. Here are examples of social good initiatives we can all be thankful for.

Helping ahead of Thanksgiving

Three days before Thanksgiving, UN Women partnered with social media app TikTok to raise awareness of violence against women in India, in a campaign called #KaunsiBadiBaatHai. The hashtag also feeds into a viral rap challenge, because TikTok.

"The campaign is part of a wider initiative that kicked off on 25 November called ‘Orange The World’, which promotes 16 days of activism to eliminate gender-based violence," writes The Drum. "The color orange has become an icon of the anti-gender violence movement in India. The hashtag has already had over 744,890,528 views and has received many video submissions."

This social campaign legitimizes the social platform that the tech gentry has long considered ephemeral and devoid of substance. But more important, it's an example of how virality can be used to spread something other than negativity.

“At TikTok our mission is to inspire and enrich people’s lives and give them an outlet to express themselves in a way that adds value to the community," Nitin Saluja, director, public policy, TikTok India, said in a statement. "We are proud to collaborate with UN Women India for this campaign as their community partners. [We] believe that the highly engaged community on TikTok has the potential to contribute toward a change in society and spread the message of a violence-free world.”

Changing the culture of Black Friday

The spirit of giving is still strong the day after Thanksgiving. When shoppers force themselves out of that tryptamine turkey hangover and head for the store, they will find Old Navy price-matching dollar socks with dollar donations (open on Thanksgiving, too), while Patagonia is matching donations to environmental causes from Black Friday through the end of the year.

For a fifth year in a row, however, Recreational Equipment, Inc. (REI) is the steward of environmental action. Once again it is closing all its stores on Black Friday and encouraging all to engage in an outdoor activity.

"The outdoor retail company is asking its 13,000 employees and 18 million members to “opt to act” by assisting in cleaning up outdoor areas on Black Friday and signing up for a 52-week action plan designed to reduce their individual environmental footprints," reports The Hill.

"#OptOutside has always brought out the best in this community," CEO Eric Artz wrote in an open letter. "For five years in a row, we have closed our stores on the biggest shopping day of the year, processed no online sales and paid employees to spend the day outside with friends and family. This year, we want to take #OptOutside a step further—both in the ask we’re making of you, our members, and the commitments we’re making ourselves.

Once again, this Black Friday, we’ll be closed and we’ll be paying employees to go outside with friends and family. We’re still going to go outside and play—but this time we’re bringing our work gloves. And we’re inviting you to join us."

Beyond the aforementioned 52-week action plan, REI is hosting nationwide environmental cleanups that it hopes will trend using the #OptOutside hashtag.

Keeping it going on Giving Tuesday

After "Cyber Monday" comes "Giving Tuesday" on December 3, an initiative created in 2012 to keep the spirit of generosity going through the rest of the year.

In partnership with Feeding America, the country's largest hunger-relief organization, T-Mobile gets in on Giving Tuesday by providing everyone with the opportunity to give back. Anyone who tweets #GivingOnUs this Tuesday will prompt T-Mobile to contribute ten meals to Feeding America.

In addition, the press release notes that The T-Mobile Foundation "will deposit $25 into every employee’s Giving Account, which they can donate to the charity of their choice. With more than 52,000 Team Magenta members across the U.S., that adds up to a potential $1.3 million of charitable giving!"