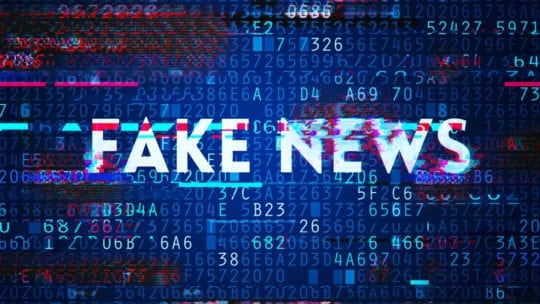 That’s why it’s good to know tech behemoth Google continues investigating how to fight fake news in Google Search, Google News, YouTube and its advertising products. Over the long weekend, the brand addressed the subject with “How Google Fights Disinformation,” a 29-page white paper. Released during the Munich Security Conference, the paper includes much that Google has said previously.

Despite its length and more than a few long sentences, the paper is useful. It's a good compendium of Google's activities and plans. (PR takeaway: include a summary with a 30-page paper.)

The paper also smartly defines buzz words up front. It defines 'disinformation' as "deliberate efforts to deceive and mislead using the speed, scale, and technologies of the open web."

The paper also reminds communicators that the problem is far from fixed. Google’s investments  and partnerships with stakeholders continue, yet the report makes clear while the brand is winning battles, the war continues. It's far from over and there are no “silver bullets.”

Here's one sentence that sums up Google's herculean task: "It can be extremely difficult (or even impossible) for humans or technology to determine the veracity of, or intent behind, a given piece of content, especially when it relates to current events."

Brands can create useful documents even when total success is not near. Brands often are reluctant to speak without perfect knowledge. This paper disputes that tactic.

Words are Nice, Actions are Better

How is Google fighting back against those who are disrupting its mission of spreading accurate information?  "It begins with providing transparency into our policies, inviting feedback, enabling users, and collaborating with policymakers, civil society, and academics around the world,” the paper reads.

These are very good words. It's true that Google has announced and implemented numerous anti-fake news tactics. Actions, though, are far more important.

When Google+ was hacked last year, the company waited some seven months to communicate the hack externally. And even then, it buried the admission in a long blog post. Such actions take a bit of the zing out of touting your transparency. We can only hope Google has committed to being more transparent in its battle against fake news.

The company also announced a trio of strategies to fight disinformation in its products: "Make quality count in our ranking systems, counteract malicious actors, and give users more context."

Regarding quality, Google notes it organizes content using algorithms that are devoid of the ideological viewpoints of people creating or auditing that content. It's also employing human checkers with Google News.

The fight against disinformation for Google is two decades old. The brand argues that it knows what it's doing. A particular warning is given to content makers who "try to deceive ranking systems to get more visibility."