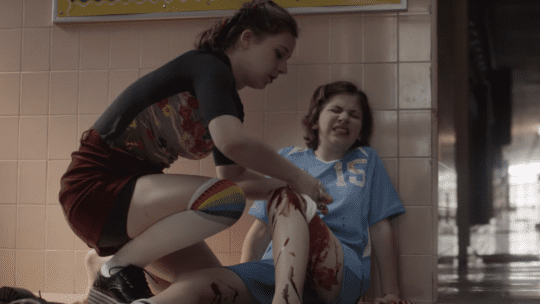 Sandy Hook Promise (SHP), the nonprofit formed to educate and help prevent gun violence in schools, pulled no punches with the recent launch of its latest PSA, “Back-to-School Essentials.” The minute-long video highlights the excitement of new backpacks, clothing and art supplies, which jarringly transform into tools of protection during a school shooting. Within hours the video had more than 1.2 million views.

SHP knows about powerful messaging. Its award-winning 2016 PSA, “Evan,” sparked discussions around the globe while instructing viewers to look for warning signs of potential gun violence. [PRNEWS inducted the campaign into its Platinum Hall of Fame during its Platinum PR Awards gala Sept. 17 in NY. The Platinums are PRNEWS' most prestigious honors.]

"Our message is that gun violence in schools is not inevitable; it is preventable," said Dawn Lyons, VP, marketing and programs, Sandy Hook Promise. "The main objective of the PSA campaign is to raise awareness among parents, educators and students about gun violence prevention and attention for SHP's Know the Signs programs for schools."

An increasing number of organizations have turned to courageous messaging. In addition, fewer brands are tiptoeing around issues.

Siding With the Consumer

Some see the pledge as an inflection point for industry, particularly with respect to gun sales and mass shootings.

Prior to the pledge, brands such as Dick’s Sporting Goods, Walmart and others banned in-store sales of guns.

In addition, Walmart and grocery behemoths Kroeger and Wegmans have requested shoppers refrain from bringing guns into their stores in states with open carry laws.

Words don’t hold nearly as much weight with the public as action. Dick’s reported an increase in profits since its gun ban. Consumers might also feel more at ease entering large public areas (like retail spaces) where mass shootings could take place.

A Pledge or Just Words?

Following the Business Roundtable pledge from nearly 200 companies, the public likely will hold brands accountable for their behavior. Consumers will want to see if the pledge is a feel-good maneuver or leads to action. Communicators will be asked to monitor any  progress made and shape messages documenting it.

David Larcker, director of the Corporate Research Institute at Stanford University, told Fortune the pledge will take some time for companies to navigate.

"It really is kind of a wait-and-see," Larker said. "Is this P.R., or is this substantive, where things are going to change? There’s likely to be an economic tradeoff, and everyone needs to be prepared to understand what that is."

Already the pledge has come under fire. Last week, a signatory, Jeff Bezos of Amazon, said Whole Foods will cut health benefits for part-time staff. In explaining the move, Amazon said, touches 2 percent of staff, or 2,000 employees. It also said some of those workers will be offered full-time positions, with health benefits.

Successful brand activism leaves no room for confusion as to which side of a debate a company favors. Nike showcases outspoken athletes like Colin Kaepernick and the United States Women’s Soccer Team. Patagonia replaced its corporate website with a confrontational headline supporting National Monuments. Dove celebrated body positivity in a groundbreaking advertising campaign. The common thread? Each brand made a memorable statement, and refused to back down.

Previously, SHP showed guns and terror in its ads, but this new PSA does more. It leaves a lasting mark on parents. The video's strength lies in its contrast between a cheery "back-to-school" week and gun violence in schools as the new normal.

"We designed this PSA to evoke emotion that sparks serious conversations about prioritizing violence prevention in schools, rather than continually focusing on reactionary measures or practicing for violence that we 'expect,'" Lyons said. "It is intentionally meant to be hard to watch because the reality and life-long pain of school shootings is even harder to endure."

The public knows where SHP stands. The organization made a decision to follow its mission with a powerful visual message that people will not soon forget.