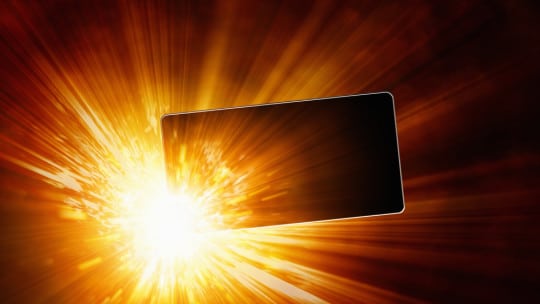 Could things get any worse for Samsung? Weeks after the first reports of exploding batteries in its Galaxy Note 7 phone started, the negative headlines keep on coming. "Samsung Galaxy Note 7 banned by more airlines over fire risk" the BBC reported Oct. 16; "Note 7 withdrawal costs hit £4bn for Samsung" reported the Guardian Oct. 14. And now we learn that their troubles have moved into the courtroom with Reuters reporting “Samsung sued in America over Note 7 smartphone fires.”

Conducting an audit of “Samsung and Galaxy Note 7” keyword search revealed over 13,000 global media mentions in the last seven weeks, with over 440,000 mentions in online and social media channels, with the majority of these quotes viewed as negative.

The company has been criticized by the public and commentators about its lackluster response to the issue, with some media complaining that statements have been vague, lacking detail of what exactly went wrong. Watching events snowball from the sideline, brands can learn some valuable lessons about protecting brand and reputation in a time of crisis. Here are six things Samsung’s PR crisis reminded us:

Every brand or company should be prepared for a potential issue or crisis to hit. This can be anything from a data breach to a product recall to a customer compliant to an internal fraud investigation. The advances in technology, high penetration of social media and rise in cyber-crime makes this all the more likely. Work with your communications team and PR agency to identify potential issues that could hit your company, draft relevant scenarios and responses, establish roles and responsibilities, and finally protocols on how to handle media requests. Then test it with a group of stakeholders across your organization on a regular basis.

When the real issue hits, work quickly to establish the facts, identify the issue and work on the solution.  If you are in the wrong, say you're sorry, show empathy and provide evidence and detail on what you are doing to resolve the situation.

Technical issues and product recalls happen all the time, but how you handle them is what is important. For example, the Royal Bank of Scotland Group has suffered a string of IT glitches and meltdowns during the past few years, which in some instances meant customers could not withdraw cash from ATMs. Each time it has been proactive in apologizing to customers, communicated with all stakeholders through media or social channels and outlined what action was being taken.

In the case of Samsung, it should have been honest about the problem from the very beginning. In its first statement it claimed to have “identified the affected inventory and stopped sales and shipments of those devices,” but when it transpired that the replacement devices were also exploding, it was clearly more than a supplier issue. At this point customers and commentators began to lose trust in its actions and started to question whether Samsung had a clear grip on what was happening.

A clearer use of language would have been better and more honest. For example, rather than the term “replacement program,” the term “product recall” would have been more apt. More detail on the specifics of what went wrong and the technical issues, rather than a vague statement about the importance of customer safety, would have helped to manage the bad press better.

One of the big learnings from the BP Horizon oil spill, another PR crisis, is that the person leading the response cannot be the spokesperson. Tony Hayward, BP’s CEO at the time, learned this at his peril, famously saying in an interview “I want my life back,” when 11 people died in the disaster and more than 200 million gallons of crude oil spilled into the Gulf of Mexico. Put forward a spokesperson who understands the issues, is comfortable talking to media and comes across as empathic. It doesn’t always have to be the CEO; it can be the HR director or head of customer service. In some instances a pre-recorded video would help broadcast your message to a wider audience.

In the case of Samsung, Dong-jin Koh, president of mobile communications business, Samsung Electronics, issued a heartfelt apology at a press conference in South Korea on Oct. 13 to all involved in the situation and vowed to “find the exact cause [of the faulty Galaxy Note 7] to restore trust of consumers so that they can use Samsung products without any safety concerns.” While it’s good to see him talking to the press and facing the situation eventually, issuing this statement and holding interviews at the beginning stages of the crisis or giving an apology in a video would have almost certainly avoided some of the negative press.

4. Listen and Monitor What People Are Saying

Most companies have media and social listening tools in place, which help them understand not only the type of  conversations people are having about them online but also where and when they are happening. Carefully analyze what is being said and who is saying it. Is it all negative? Are there some influencers who are supporting you and acknowledging the action you are taking, thus giving you a third-party endorsement? This is where the advantages of having solid media relationships come into place.  Understanding the sentiment and conversations will help you get the tone and wording of your communications right.

5. Keep Communicating and Be Proactive

After you press send, tweet and share your first media statement with your community; don’t curl up under your desk and hope the issue will go away. It’s vital that you keep your community updated on what is happening on a regular basis and keep the engagement live.

Once the issue has died down (and we hope for Samsung’s case it will one day), communicate what else is happening in the business: client wins, people hires, new products or thought leadership. Depending on the severity of the issue, try to get back to a business-as-usual approach, and over time the positive headlines generated will help to counterbalance the negativity. You may recall that Yahoo! very recently suffered a massive data breach, which at the time sent shockwaves across the industry. However, recently Yahoo! reported strong third-quarter earnings, with Marissa Mayer saying she was pleased with user engagement trends that showed people remained loyal to the company. What a difference a consistent communication and advocacy program make.

Although it might not seem like it at the time, crises do eventually die down. Have an open discussion with all your stakeholders on what worked and what didn’t and take action. What could you have done differently? What will you implement as a result? Train and educate staff? Put a better plan in place? Install security software?

Never waste the opportunity of a good crisis. Use it to learn, improve, build trust and win back loyalty.

Yvonne Maher is a director at Cognito EMEA, a financial PR and marketing firm.