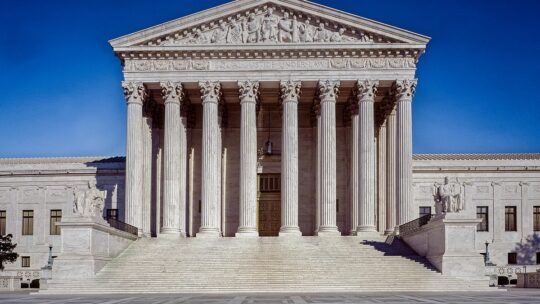 One thing's certain: the May 2 leak of Justice Alito's draft overturning Roe v. Wade stripped management of its PR strategy of remaining silent on controversial social and political issues. Saying 'We are not political' no longer works. Sooner or later, pressure groups and employees will force management to take a position.

Staying neutral makes a company an easy target for advocates on both sides. Procrastination only makes a situation worse. Taking a stand, while upsetting one side, at least allows management to concentrate on job one–running the business. Moreover, taking a stand does not mean a company must become an activist for pro- or anti-abortion rights groups.

That said, Roe is not a PR issue, but a moral one. Companies should decide on a stance after careful engagement with employees.

As we approach the Supreme Court's decision in late June or early July, the crescendo of protests on both sides of the issue is certain to approach that of a tsunami, which will continue during the mid-term elections in November and not subside until after the 2024 presidential at the earliest. It will then resume as we approach the 2026 mid-terms.

No Winners with Silence

Remaining quiet will satisfy nobody. All that does is pressure management. Pressure will come not only from pro- and anti-abortion groups but from employees and management's family. (The days of arguing at family dinners about who is the best quarterback are over. Abortion rights is the new go-to subject.)

In the long-term, keeping quiet about this issue will be impossible for many companies, especially those whose workforce is composed largely of single working mothers, young women and men. Young people want their employers to take a stand on controversial issues, research shows.

In addition, younger people are more prone to favor abortion rights than older, more conservative  management. As such, management should consider that when deciding to take a stance or risk losing and attracting valuable young employees.

Since a company’s position on Roe is not a PR issue does not mean PR people don’t have a role.  Here’s how they can be helpful:

It’s important for communication professionals to avoid letting their personal opinion influence the flow of information to management. On this issue, remain an impartial provider of news.

Whether or not PR's input to management will influence its decision is anyone’s guess. But there is one thing for sure: Regardless of whether the Alito draft remains the court’s position or there are any changes in it, the controversy over abortion rights will have a long shelf life. As such, communicators' work on Roe will not end when the court issues its opinion.

For that reason, it is important that the PR staff includes at least one politically-savvy individual.

Arthur Solomon was an SVP/senior counselor at Burson-Marsteller. A former journalist, he was on the Seoul Peace Prize nominating committee. Reach him: [email protected]