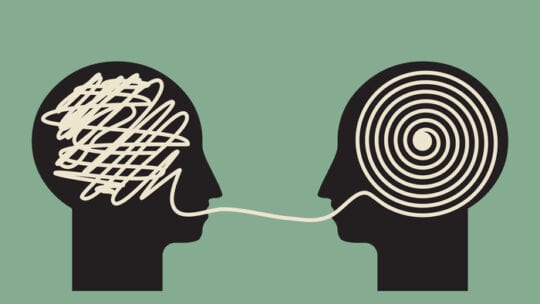 Laurie Garrett, a Pulitzer-prize winning science journalist and author, and one of the most prolific voices regarding coronavirus news, gave the keynote speech at last week's PRSA Icon, the organization’s annual international conference.

Garrett delivered a detailed timeline of the progression of coronavirus, paying close attention to the interwoven timeline of misinformation. These cases of misinformation, Garrett implied, originating from various sources, including social media, federal offices and medical professionals, created confusion and unrest amongst the public. Garrett showcased the uneven messaging leading to a greater level of distrust.

“People are defining a trusted source according to political inclinations,” Garrett said. “The days when Walter Cronkite was a single source of truth have disappeared. The bottom line is we don’t have a unified sense of who is a trusted source.”

The Epicenter of Disinformation

Garrett found herself among the first reporters covering COVID in American media, the first week in January. She’s also covered SARS, ebola and other outbreaks

during her career. Garrett said she saw a classic coverup in China during the early days of the outbreak.

“The Chinese government did screw up,” Garrett said. “Especially in Wuhan. An annual festival was held, which should have been cancelled. [Forty-thousand people shared food at city pot luck banquets and chopsticks at a Spring Festival event.] Dr. Li Wenliang called this out, Chinese officials chastised him. When Wenliang died, he was praised as a hero, so the government started pulling down postings from Chinese websites and chat apps.”

Garrett also noted the Chinese government’s use of influencers to broadcast a more rosy picture of the country, while COVID cases spread.

“Every epidemic has false claims about treatments and cures. What we’ve seen now is deliberately planted disinformation, much from other countries, trying to scare people.”

Not only did Garrett remind attendees of the origins of coronavirus and the theories surrounding it, but other timeline highlights included the mask debate, racial divide, hydroxychloroquine and the Sturgis Motorcycle Rally super spreader event.

And while the year’s miscues flooded the timeline, communicators expressed the importance of going through the year, finding its importance as a cornerstone to what they do.

Ana Toro, public affairs officer at the CDC and a PRSA Fellow, praised Garrett’s thoroughness in the chat.

”It's a very complex issue, and Laurie did a great summary today,” Toro said. “We are living in difficult times, and we are all survivors. In our roles [as communicators], we can help and do a lot...help manage the discourse. ”

Attendee Aubrey Newton noted the importance of the heavy information.

“This presentation has gone back and forth through the months all the way up to today, through different sectors of misinformation,” Newton said. “It is important to see the huge issue of disinformation in today’s society, and the reality of the work we need to do as PR professionals to speak truth.”

Attendee Brad Belote commented on the amount of information not only to the public, but also that PR professionals needed to sift through.

“ I think it's important to realize the volume of events and information,” Belote said. “There is a lot coming at people all the time. Truth has a lot of obstacles in its path if it's going to get out.”

What Communicators Can Do

Garrett enforced the great responsibility of communicators in the weeks and months to come and encouraged a simplistic, yet informative, approach.

“For those who work in communications for insurance, education, healthcare, vaccine developers—I can’t say urgently enough, that you have to be willing to go back to the basics,” Garrett said. “What we see now is people doubting DNA theory. Doubting whether there is a thing as immunity. It’s not enough to put out a press release about trial results saying, 'it’s a great product.' That’s not good enough.”

Garrett said that because science can be intimidating and confusing, it’s up to communicators to create the translation for greater understanding among the public.

“We are dealing with an invisible enemy...you have to trust science to tell you what it is,” she said. “The precautions and nature of its spread are all about forms of science and include words that are big and long— immunology, epidemiology, etc. Most Americans are feeling exploited by this.”