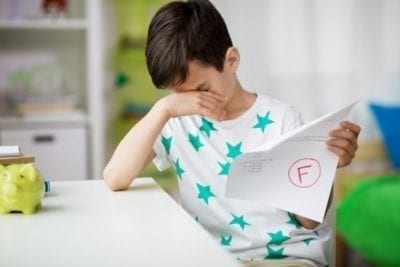 [Editor's Note: The PRNEWS staff encounters many examples of brand communications.  We compile assessments of some of the best and not-so-great examples. Our intent is to provide a learning experience about what works or doesn't. You can find the most recent examples here.]

Without the ability to put on in-person Pride events and marches this year, LGBTQ causes have taken a devastating blow. In April, an international group of LGBTQ leaders, including InterPride and the European Pride Organisers Association, joined forces to put together Global Pride 2020, a 24-hour virtual event on June 27, the anniversary of the Stonewall Uprising, capturing the spirit of annual Pride marches and parties. The event will feature appearances from, among many other notable figures, U.S. presidential hopeful Joe Biden, the prime ministers of Canada, Ireland and Norway, India’s first openly gay prince, Olivia Newton-John and The Dixie Chicks. An eye-catching landing page features influencer and event host Todrick Hall voguing in a bedazzled COVID-era mask. The site also includes an e-commerce store for Pride merch donating all proceeds to the event, and a list of over 30 partners and supporters including social platforms (Facebook, Snap), nonprofits (AARP, Human Rights Campaign) and corporations (Gilead, iHeartRadio). Viewers can donate to a Global Pride Relief Fund designated for Pride organizations, LGBTQ community projects and efforts to “end generations of inequities, racism, injustices, and systemic oppression.” The site includes a social hub linking to the event’s TikTok, Twitter, Facebook, Instagram and YouTube (where the event will be streamed) pages. Truly a testament to smart, collaborative integrated communications—including a feature in The New York Times.

Online this Saturday, #GlobalPride2020 is a 24-hour celebration of #LGBT+ Pride from all over the planet!

“Welcome to Chechnya:” A

It’s uplifting to read how far LGBTQ+ rights have come in this country. There’s plenty more to go, but progress is apparent. Viewers will come back to Earth, though, watching HBO’s excellent documentary “Welcome to Chechnya” (Tuesday, 10 p.m. ET) from investigative journalist David France. In short, being gay or lesbian in Chechnya is a violent nightmare. Police beatings and worse are routine as Russia turns a blind eye to the activities of Chechnya’s strong man, Ramzan Kadyrov, who does Vladimir Putin’s bidding. This short doc is a double threat: filmmaker France’s storytelling is as brave as the freedom fighters he profiles, people who’ve dedicated their lives to smuggling LGBTQ+ members out of Chechnya and Russia.

P&G released "The Pause" earlier this month as part of the company’s initiatives surrounding Pride. It’s a short video that explores how seemingly simple moments can be tense and wrought with uncertainty for members of the LGBTQ+ community. In their own words, P&G describes the video as “That moment of hesitation before meeting someone new, those seconds of apprehension before introducing a partner.” The subjects of the video share stories of times when they’ve had to pause, unsure of whether or not a new acquaintance, coworker or complete stranger will accept them for who they are and who they love. The video beautifully shines a light on one of the quieter, though no less harsh, realities many in the LGBTQ+ community face as our society continues to inch towards acceptance and equality.