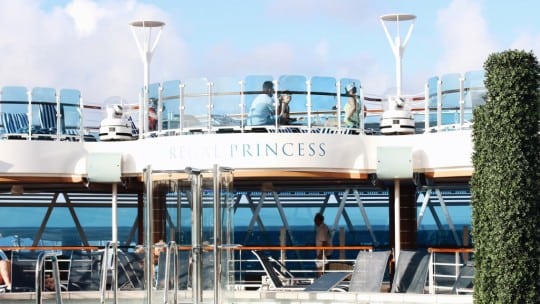 As you read in our May 15 edition, the Fyre Festival was a boon to those in the anti-influencer camp. A slew of influencers endorsed what was supposed to be a luxurious event on a secluded island featuring a fabulous concert. As Katie Paine wrote in that edition, what followers of well-compensated Instagram influencers found when they arrived at the festival were “blown-down FEMA tents and cheese sandwiches.” Fyre spent lavishly on high-priced influencers, but failed to make the same investment in the event itself. While this incident may not in itself be an indictment of the practice of using influencers to support brands, it prompted us to think about why brands collaborate with influencers and some best practices associated with them.

We spoke with Sara Dunaj, social media manager, Princess Cruises, who acknowledges the chatter that the influencer bubble is ready to burst for many brands. Still, Princess believes in the judicious use of influencers “as a way for us to get out messages that we might not be able to authentically disseminate as a brand.”

For example, she says, “if we were to put out an ad that says, ‘On a cruise, you’ll never get bored,’ no consumer is going to buy that, because it’s so strongly biased.” The result of her brand’s work with influencers is social content “that shows, not tells” how enjoyable a cruise can be, she says. [Influencers] show “themselves authentically having non-stop fun…and transformative experiences [on our cruises and at the destinations we sail. And they do this] in ways that we as a brand cannot...it’s far more impactful than if we were to tell a consumer what’s going to happen” on a Princess cruise.

Since influencers are working full-time on content creation “we absolutely believe in compensating them.” When negotiating, Dunaj looks for the “sweet spot…where the brand gets the ROI it needs and the influencer feels he or she is being compensated fairly.” With “so many influencers in the marketplace with sky-high fees, most brands are not going to be able to get” a proper ROI. “It’s really about looking for those right partnerships where you will get the ROI” you need. Dunaj feels brands should hold influencer marketing “to the same standard they hold other types of advertising, PR and social media.”

Princess works with its agency MMGY to find influencers “who have the right audience that will impact our bottom line.” These are not necessarily influencers with “the biggest audience,” she adds. Selena Gomez has the largest Instagram following, yet “her audience of tweens” are unlikely “to book a cruise” so “we wouldn’t work with her, even if we received a good rate.”

Dunaj also seeks influencers “who will truly enjoy our brand…when influencers are creating content, it’s very obvious when they don’t have a passion for your brand.”

“We don’t require our influencers to submit their content to us for review before posting. We don’t want it to be in our voice. We want it to be in their voice. We want them to be sharing their authentic experience and what they know will matter to their audience. We’re willing to give up that bit of control because we realize the influencers know their audiences better than we ever could.” Yet “we absolutely do have discussions [with influencers] about priority messaging, what aspects of our product we’re trying to push, but we leave it to them” to convey these messages to their audience.

Having just returned from an 11-day, seven-country Baltic cruise with influencers, Dunaj has plenty of tips for communicators charged with overseeing an influencer effort. The main themes revolve around two-way communication and scheduling. Communicators who are comfortable working with traditional media will need to adjust. The biggest conundrum is creating a schedule that is flexible but also loaded with potential experiences. Influencers need flexibility on trips, since “it takes longer to set up an Instagram post…with the perfect cake and cappuccino than you’d expect.” A packed schedule can result in a lower ROI for a brand since influencers will lack the time required “to push out as much content” as they need to, she adds.

Still, it’s important to give influencers plenty of content possibilities, she says. With the advent of Instagram Stories, social influencers “have to push out a very steady stream of content…they’re filing 24/7...it can be exhausting.”

In addition, “keep in mind their peak engagement times…they have a content cadence and a scheduled posting time just as any brand would. Their social presence is highly strategic.” And don’t forget about time zone changes as they relate to influencers’ posting schedules. “Working with influencers is a true partnership.” As such communication is key, she adds.