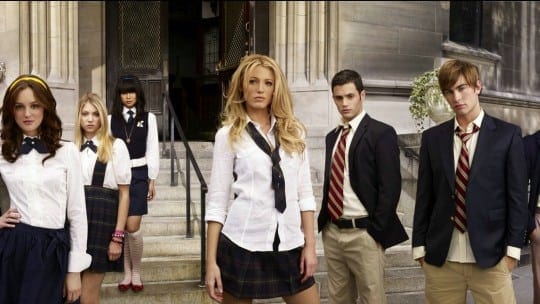 The root cause of most scandals is institutional belief in infallibility. For the Catholic Church, papal decree established it in 1870, and as the award-winning movie Spotlight so clearly illustrated, it is still a part of the Church’s culture.

For politicians, winning elections seems to convince them that they can get away with anything (think John Edwards and Mark “hiking the Appalachian trail” Sanford). In corporations it generally comes from a narcissistic CEO. We’ve noted this corollary in numerous columns: the more ego-driven the leader, the more likely the corporation is to suffer a PR crisis.

In academic institutions, the notion of “We’re the smart ones and know what’s right” is even more fundamental. Institutions of higher learning are created on a foundation of faith in the power of knowledge and scholarship. So it is little wonder that so many organizations that believe in their infallibility are suddenly being found very fallible. This is happening in a society where mobile phones, social media and YouTube videos have forced open formerly closed institutions.

First it was St. Paul’s School, alma mater of J.P. Morgan and Secretary of State John Kerry, thrown into the headlines. A freshman woman accused one of the most popular boys on campus of rape. As it happened, it was part of a tradition known as “Senior Salute.” The tradition urges soon-to-be-graduating male students to accumulate as many notches on their proverbial sexual belt as possible.

The police were called in, charges were filed and ever since, through the whole lurid trial, sentencing, and a tumultuous series of legal maneuvers, the school’s reputation has been under intense fire. Its reputation as a distinguished institution known for getting its students into prestigious schools has forever been tarnished. That tends to happen when you become the example that everyone turns to when discussing sexual assaults on high school campuses. And due to the legal nature of so many facets of the crisis, the communications team has been able to do very little to mitigate the mess.

First a celebrated teacher was banned from campus in the wake of aher teacher was involved. Then, while investigations into past misconduct continued, a female student accused one of the school’s star athletes of sexual misconduct. Rather than going to the police, the young woman reported it to a school dean, who sent her to the campus minister. Seeking an alternative resolution, the minister assigned the assailant a “penance” of baking bread and delivering it to the victim once each week. The bread delivery forced the young woman to confront her assailant each week. After several months of increasing trauma, she went to the police.

The news broke in The Boston Globe and other local papers. The backlash was fierce. As it turned out, the minister earlier had expressed support for the banned teacher. Charges of other episodes surfaced and just before graduation the assailant was arrested. The school’s response was to hire two law firms to investigate the problem and bring in experts from nearby University of New Hampshire to help design prevention programs. 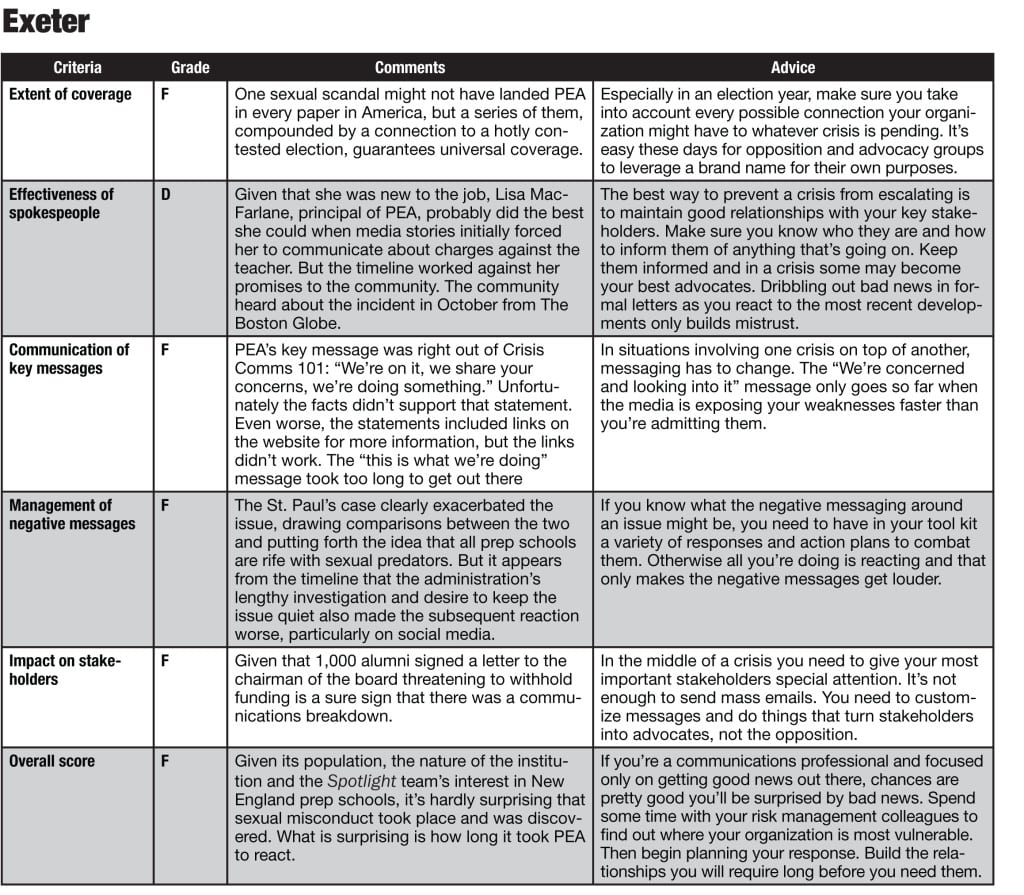 There also were a number of other factors that combined to make the situation a lot worse.

The Boston Globe Spotlight Team has thrown its prodigious talent into a long-term, broad investigation of New England prep schools.

The principal of the school at the time, Tom Hassan, is the husband of NH governor Maggie Hassan, currently embroiled in well-financed campaign for the U.S. Senate with incumbent Republican Kelly Ayotte. Since NH is considered a swing state that could possibly tip the senate back to Democrats, there is no shortage of ad money and opposition research against Hassan.

It didn’t help that former principal Hassan was censured by the Association of Boarding Schools for not disclosing the truth about why the faculty member was banned.

In an end-of-the-academic-year letter to the school community, the current principal, Lisa MacFarlane, called 2016 “difficult,” but never specifically referenced the arrest of the assailant. Worse, she took the opportunity to announce a restart of a fund-raising effort that had been suspended in the wake of the original scandal. In response, 1,000 alumni signed a petition, delivered to the board of trustees July 18, threatening to withhold funding unless changes were made at the school. The next day, MacFarlane and the board chair admitted in a letter to the school community that PEA had mishandled the recent sexual misconduct accusation. It also said it created a director for student well-being to handle future sexual misconduct allegations.