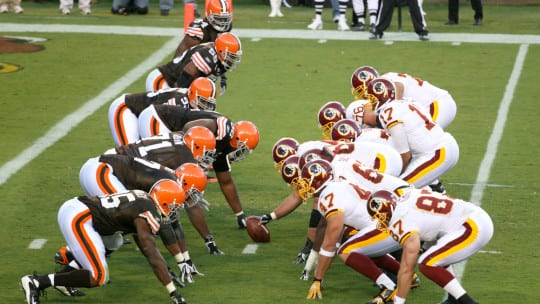 In early March, Washington, D.C.’s NFL franchise found itself the subject of scorn. The team fired its general manager a bit more than two years into a four-year contract, despite the club’s improved record on the field after years of futility.

In an article covering the firing, the Washington Post quoted part of a statement from the team president saying he wished the ousted general manager “well in his future endeavors. The team will have no further comment on his departure.”

The Post story then quoted “an official”—widely believed to be from the team—who, instead of remaining silent, as the team president indicated would be the policy, claimed the firing resulted from the general manager’s problems with alcohol. This official was never identified in the article.

Journalists’ reactions were passionate and personal. Sports talkers on radio and on ESPN pounded the story repeatedly. Sentiment toward the team was seriously negative. A good example of the intensity of the response is a long article in GQ that slams the team. The social media universe followed.

The Post’s media critic denounced his paper’s decision to publish a story that used an anonymous source to criticize the general manager.  As the media critic's story says, "Mainstream media organizations have promulgated internal guidance discouraging the use of unnamed sources to criticize people." The Post has this internal guidance, the media critic notes, quoting from it: “We should not publish ad hominem quotations from unnamed sources...sources who want to take a shot at someone in our columns should do so in their own names.”

In the vast majority of reactions to this story, whether or not the alcohol allegations were true made no difference. A nearly universal, intense negative response was something the team failed to anticipate. The franchise took hits for lacking compassion in the way it apparently schemed to have the alcohol charge released publicly and under the cover of anonymity.

Since the Washington team's brand has been battered in the past on and off the field, many journalists, bloggers, sportswriters and fans, right or wrong, hunt for excuses to take shots at it. For them, the organization is untrustworthy.

PR pros can learn from such cases. Here are three areas of focus when counseling brands on interactions with journalists on sensitive stories:

Do the research. Go beyond numbers, though, toward an informed, cultural awareness of what your brand says and does. Brands must be landscape smart. The Washington team should have understood narratives about addiction and recovery often come with a victim. The general manager’s alcohol issues were known within the football community. His job in Washington was seen by some as a sign that the team appreciated his talent for football and was compassionate enough to give him a senior position, despite his personal issues. In the end, though, the Redskins were perceived as piling on with the shabby way it fired him.

Be transparent and accountable. The team prohibited the general manager from speaking to the press for weeks before his firing. At the same time his absence was noticeable during several crucial off-season gatherings. This situation created a media frenzy around the issue. The team should have known its handling of this issue was being scrutinized. Experienced PR counsel might have urged the team to tell the truth from the beginning. The team initially made excuses for why the general manager was absent; one claim the team made was that it was due to the death of the general manager’s grandmother. Perhaps the team could have negotiated with the general manager and agreed on a joint separation announcement or statement, offering each side a plausible narrative.

The team’s statement could have been infused with empathy, outlining whatever recovery steps were taken, or were about to be. The statement could have admitted to any other issues as well. The lead charge from sports media is that the team president and the general manager disagreed on many issues and alcohol was merely a convenient excuse. In addition, the claim of alcohol abuse was seen as a cover so the team could avoid a larger payout to the fired general manager, these journalists argued. This brings us to:

Encourage the brand to face hard lessons: A concentrated media landscape analysis after so many negative stories should include a hunt not only for a sentiment score but also to determine the precise driving narrative. Which articles or videos about the controversy were shared or discussed the most? Why did these resonate above any others? Help the brand understand the value of being courageous enough to learn from whatever it is you find. And then encourage listening and analysis, beyond emotion.

Craig Colgan is a writer and communications consultant. His site is: colganwrites.com