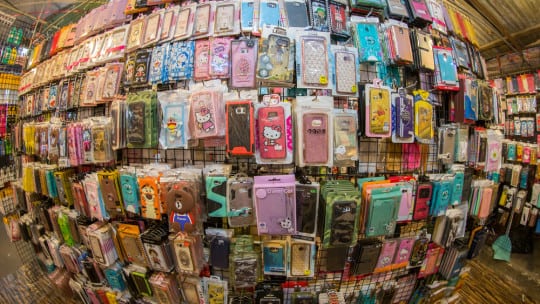 One would hope that a manufacturer of consumer products would understand the importance of communicating directly with the very consumers who purchase its products. Hence why I’ve been disappointed in recent days by what I perceive as a seriously tone-deaf response from MixBin electronics. The maker of “stylish tech accessories” announced a recall this week of nearly 275,000 glitter phone cases after reports (and visual documentation) that liquid was leaking from them, causing severe burns and skin irritation to more than two dozen customers in the U.S. and abroad.

A search two days after the recall has uncovered precisely one mention on MixBin’s Twitter feed, a similar singular mention on its Facebook page (“MixBin and CPSC announce recall….”) and a press release on its website, which includes no quotes from the company, no expressions of sympathy or regret for those injured.

While MixBin deserves credit for a quick response on the recall and for offering full refunds, it had little choice. After all, it’s hard to ignore the defect when consumers are posting images of their severely burned skin and scarring on social media. MixBin appears to be hiding behind regulatory agencies like the Consumer Product Safety Commission (CPSC) and not owning up to what responsibility it has to loyal customers.

Here are some communications steps the brand should have taken by now.

T.J. Winick is a VP at Solomon McCown & Company. Follow him at: @tjwinick