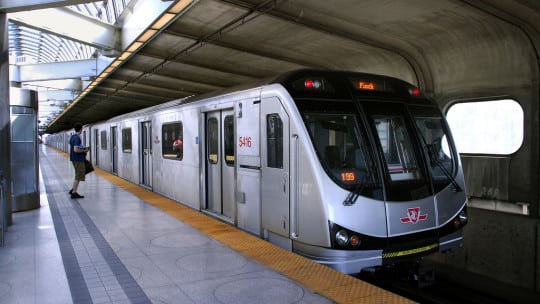 Forgive my absence this week. I’ve been busy.

In terms of reputation management, Mondays are a bust. I suppose the only people who like Mondays are 14-year-olds with crushes as they finally get to see the objects of their desire after a long weekend.

For communicators, Mondays are but an end to a glorious two days of relative nothingness.

This past Monday, gratefully, was uneventful. That was the ominous clue I should’ve noticed.

There’s a meme from 30 Rock where Tina Fey’s character says to Alec Baldwin’s, “What a week, huh?” to which Baldwin responds, “It’s Tuesday.”

I sent this tweet late today that explains what went wrong this morning. In short, everything went wrong.

This morning's service on Line 1 was abysmal and, for that, the #TTC sincerely apologizes. Here's what happened: pic.twitter.com/ANXSU8CBkx

As you know, Diary, honesty, openness and transparency are the foundation of communications standards at the Toronto Transit Commission (TTC). In short, own it, wear it and apologize. True, it’s easier said than done. Still, the public and our employees are owed that accountability.

Up at 4:30 AM for a 6:00 AM in-studio interview on the city’s most listened-to morning show. The subject: what happened Tuesday. [You can hear it here.]

At 5:47 AM, there was a short interview with another, smaller radio station. It was a good warm-up for the tougher one to follow. Both asked how this particular morning was going. At 6 AM, I thought things were going well. Not so. At 5:25 AM, unbeknownst to me, a maintenance car heading back to the yard cracked a rail at the busiest station on the network.

The morning rush hour could have been far worse. Our control center did all the right things, but the news only knocked an already fragile reputation.

At 9:30 AM, a subway conductor opened the train doors while stopped in a tunnel. Safety rules in these instances call for the power to be cut, followed by a track inspection to be sure nobody fell out of the train. (No one did.) Service resumed 20 long minutes later.

That afternoon, we took a local TV station on a subway ride-along, explaining the week so far. It was an opportunity, Diary, to share all we have done since that long ago, but not forgotten, Tuesday.

The mayor weighed in, too.

To close out the week, our executives headed to the busiest subway station for morning rush hour. The purpose was to listen to customers and answer their questions. Media were invited, Diary, which helped us broadcast the message that TTC leadership was prepared to face the music.

While that was happening, it was discovered that overnight someone vandalized several pieces of subway signaling equipment. This had minimal impact on service in a localized area. It was alarming nonetheless. After rush hour, subway service was suspended in the area for police and TTC security to collect evidence.

That was a two-hour shutdown. A bus bridge and station staff were mobilized. We explained it this way:

Police and TTC are investigating an act of vandalism in the tunnels near Royal York Stn that is affecting signals. Forty-seven shuttle buses are running between Jane and Kipling Stns. TTC riders can also use GO and UP Express with their TTC proof-of-payment. More to follow.

The weekend. Finally. And there was good news: an arrest was made in the above-mentioned vandalism case.

Needless to say, it was a tough week. Our communications principles of honesty, transparency and accountability were on full display.

In an industry where a single event can touch millions of people, the hide of an elephant isn’t strong enough to withstand the slings and arrows. Yet a communications strategy of owning and wearing failures, with a promise to do better, will reduce the heat and buy you goodwill.

So, Diary, while all sorts of operational lessons are learned after such weeks, some communications lessons can be found, too.

Take a breath, gird yourself and your team, keep your sense of humor and eye on the puck and know that the public sees you doing the right thing and appreciates it. You might have to give it a few weeks, though

As sure as Monday follows Sunday, you will need to call upon the goodwill you generated from apologizing and being open and honest. Please, Diary, just don’t let it be today.