Pity the biotech communicators. They set up the nightly news broadcasts with an upbeat story yesterday. The story could've balanced awful news about the nation eclipsing 90,000 deaths from COVID-19. Moderna, the biotech company, released good news about the first phase of its experimental coronavirus vaccine. Is there hope this vaccine eventually could slow or even halt the pandemic? Yes. That's a lead story we all need.

In the end, though, President Trump's hydroxychloraquine comment took the top spot. 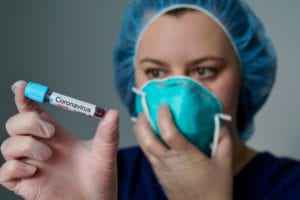 Communicators unveiled the news with a press release, on Businesswire, at 7:30 a.m. ET. In addition, a conference call was set for 8:30 a.m., in plenty of time for reporters to prepare stories.

Beyond that, Moderna's release does an excellent job of satisfying all its audiences, says Kristie Kuhl, managing partner, Finn Partners.  The release includes enough information to satisfy regulators, investors, the media and a public anxious for encouraging news, Kuhl adds. She also offers props to Moderna's speed communicating. "They did this very quickly," a response to the anxiety around COVID-19.

On the other hand, Moderna held back certain critical data. To get its work peer reviewed in a medical journal eventually, biotechs like Moderna typically withhold some details in the early stages. Some critics knocked Moderna for a lack of detail in it communication. However, Kuhl's assessment is that Moderna "provided more information than many others would have...it let us know its success as it walked the line" with this release.

Still, the release's language wasn't easily accessible to the layman. Yet the press release was aimed at specialized audiences. Admittedly, in a highly-regulated industry, a release like this often is a legal document. In addition, sometimes it conveys news.

Seriously, the headline was among the more readable parts of Moderna's 1,900-word release: “Moderna Announces Positive Interim Phase 1 Data for its mRNA Vaccine (mRNA-1273) Against Novel Coronavirus.” Not catchy, but it does the job.

Under the headline, some of the subheads are less intelligible to the general population. Here’s the first: “After two doses all participants evaluated to date across the 25 µg and 100 µg dose cohorts seroconverted with binding antibody levels at or above levels seen in convalescent sera”

That's What You Said

Fortunately, the third subhead (there were six in all) admitted the general reader. “mRNA-1273 was generally safe and well tolerated”

The conference call is the fifth subhead.

Yet after wading in, the release is readable, though it requires leaning in. Its many medical terms and intimidatingly long sentences don't help. The 352-word "Forward Looking Statement" is an eyesore, but is decipherable.

The “About Moderna” boilerplate at the release's bottom is helpful. We learn that Moderna’s work centers on medicines “designed to direct the body’s cells to produce intracellular, membrane or secreted proteins that can have a therapeutic or preventive benefit and have the potential to address a broad spectrum of diseases.”

Cleverly, the release’s borders contain a summary (unfriendly) and a pre-written tweet (friendly, see above). The release also lists standard contacts: one from Moderna and one from 1AB, an external communications firm based in Tampa, Fla.