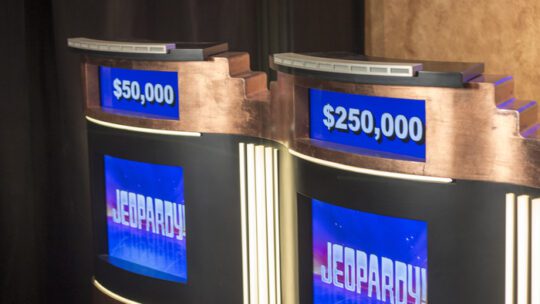 The swift downfall of “Jeopardy!” host Mike Richards is the latest example of the jeopardy that surrounds us in today’s lightning-fast unforgiving age of social media.

Whether you make a wrong move, say something offensive, or have ugly skeletons in your closet, the career-ending rush to judgement can be fast and furious. Your online profile is forever. If you do not post with purpose, you can destroy your personal brand in the blink of an eye.

Richards' stunning fall from grace came more than a week after Sony named him the replacement for Alex Trebek, who died Nov. 8, 2020.

Unfortunately for the newly crowned gameshow host, a reporter who authored a book on the history of Jeopardy! discovered Richards’ past was packed with ugly surprises. Her discovery? Richards’ former podcast, “The Randumb Show,” was peppered with offensive comments.

Public outcry was fierce. Richards barely had time to take a deep breath. Outrage at the shocking trifecta of sexist, racist and xenophobic comments forced his resignation Aug. 20.

Richards apologized for his thoughtless words, but the damage was done. Even though he deleted the offending podcast, it was archived online.

The downfall of the short-lived, disgraced Jeopardy! host is illustrative of the speed with which brands will separate themselves from people who’ve made mistakes. When it comes to social media, what you post can mean the difference between a simple daily update and a disaster.

There are important lessons from Richards’ fall from grace that everyone who uses social media should heed.

Reputations built over lifetimes can disintegrate in minutes. The speed of a career implosion can be dizzying, powered by the unforgiving and the instantaneous power of the internet as evidenced by Richards’ precipitous fall. We can only hope Sony will do a better job vetting candidates for the coveted gameshow host job and avoid a case of double Jeopardy!