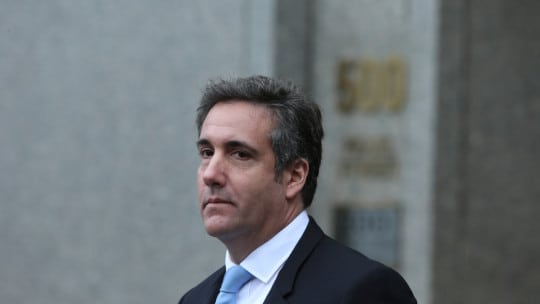 Disclosures that AT&T and Novartis Pharmaceuticals paid Cohen for vague consulting services set off predictable concerns and accusations about lobbying, influence peddling and pay-for-play in the current presidential administration. The companies gave equally predictable—and regrettable—responses that dug their holes even deeper.

AT&T’s first response, on May 8, was that it paid Cohen for “insights” into “understanding” the new administration. Any good PR student could have told you that this was a poor narrative. When the next shoe dropped—that it happened while the White House was deliberating the AT&T-Time Warner merger—more fuel was added to the perception that AT&T was hiding questionable motives.

AT&T’s May 9 statements, which appeared to seek to minimize the Cohen arrangement, made things worse. The message was that the payments were certainly not for access, but for insights into thinking; and in any case, it had ended a long time ago. This clumsy effort to equivocate and toss the problem into the rear-view mirror hit a pothole when AT&T said its deal with Cohen was one of many similar arrangements. Pro-tip: If the public suspects you’re buying influence, trying to shuffle it off as routine business is a poor strategy.

By May 11, AT&T ended where it should have started: with a leadership statement from CEO Randall Stephenson. Stephenson said the arrangement was legal but foolish—“a misjudgment”—and that the executive responsible is leaving. This was coupled with a statement to AT&T employees recognizing the negative impact on their good work and promising to do better.

Novartis followed a similar path. Its first statement on May 8 brusquely dismissed the Cohen contract as preceding the current CEO. It will be a spectacular case study in trying to walk away from a problem by throwing a predecessor under the bus. CEO Vas Narasimhan’s May 10 letter to employees reversed that dismissal, accepted responsibility, placed himself emotionally in the same space as his employees and gave a pretty stirring call to work together to do better.

There are several lessons for PR pros in these vignettes:

Put the PR pros in the room from the start. Whoever crafted the initial responses from AT&T and Novartis was more interested in avoiding blame, deflecting criticism and evading liability than protecting reputation and credibility and preserving relationships with key publics, internal and external. Legality matters; what your audiences think of you in the long run matters more. If you lack PR experts on staff or on call, now’s the time to act, not after the alarm sounds.

Create time to think. A crisis demands immediate action guided by information and tempered by thoughtfulness. AT&T and Novartis failed to stop to think how their initial responses were going to sound to the general public. You can acknowledge bad situations while asserting you need time to find out exactly what happened. Assuring publics you’re aware of the situation and sincerely working on it can buy sufficient time to get your story straight.

Speak naturally. Real people will not respond to legalese about insights and interests, or split-hair definitions of when contracts started and ended. They respond to human phrases like, “This was a misjudgment” (Stephenson) and, “Yesterday was not a good day for Novartis” (Narasimhan). PR can convey points lawyers need you to make—such as Stephenson’s note that the arrangements were legal—but do so in accessible terms, and sound human.

Lead from the factory floor. The initial statements focused on sweeping the past under the rug. Stephenson and Narasimhan acknowledged the past, and then explained how they would take their fellow employees into a more responsible future. More important, they stepped out of the ivory tower and, verbally and emotionally, put themselves with their employees.

Own up to mistakes. It’s troubling that this old rule of crisis PR needs restatement. The reason is simple: Publics are forgiving (within reason), but you must ask for forgiveness. You can obfuscate and rationalize the past forever, but you cannot turn the corner and rebuild relationships until you say, “That was a mistake. I’m sorry.”

Steven Pike is assistant professor of PR at Syracuse University’s S.I. Newhouse School of Public Communications. He retired from the Foreign Service after a 23-year career. Follow him: @SLPSyracuse