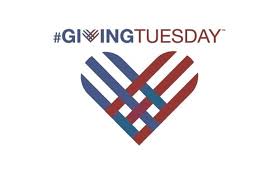 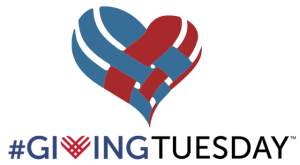 After you’ve opened your wallet for Black Friday and Cyber Monday, brands and a slew of celebrities are urging you to open your heart for #GivingTuesday (@GivingTues). An idea of the 92nd Street Y and the United Nations Foundation, this 4-year-old, global Internet holiday seems to evoke the best sentiments in social media as people are urged to use the day to donate to charities and nonprofits. It was hardly a coincidence that Facebook chief Mark Zuckerberg and his wife, Dr. Priscilla Chan, announced their intention today to donate 99% of their shares in the company during their lifetimes.

Obviously, brands—corporate and personal—need to be authentic in touting such efforts, which the public sees rightly as a mix of advertising and doing good. Still, with the right planning, #GivingTuesday can be a win-win for brands and the community. While stepping in to this established event might seem daunting, brands need not go it alone. In fact, partnering with a charity or cause is a staple of many CSR strategies. A quick survey of social media activity today shows that examples of partnerships—and urges to take action—abound.

Levi’s (@LEVIS) is using #GivingTuesday to ask followers to donate their “gently used” clothes “and we’ll give $10 to Goodwill” (@Goodwillintl).

Corporate brands like ToyRUS (@ToysRUs) is working with a personal brand, in this case Shaquille O’Neal (@Shaq), who urges his 10 million followers to #PlayItForward for kids in need by re-tweeting his message. For each re-tweet ToyRUs will donate a toy to Toys for Tots (@toysfortots_usa), up to 125,000 toys.

Similarly, Coca-Cola (@CocaCola), involved in a slew of activities today, is donating $1 to the USO (@the_USO) every time a tweet mentions #SantasWishList and #usomoments.

Even the world’s largest retailer, Amazon (@Amazon), is involved in partnerships. It has an offshoot, AmazonSmile, where 0.5% of the purchase price of eligible products is donated to a charitable organization of the buyer’s choosing. So far, AmazonSmile customers have donated to more than 100,000 charities through their purchases, Amazon says on its Twitter feed.

Some brands took the day to ask that you give of yourself, literally. The NY football Giants (@Giants) teamed with NY-Presbyterian Hospital (@nyphospital) to urge fans to register to become organ donors. The slogan: “Give with your hearts, not your wallet.”

Other brands piggybacked on #GivingTuesday to promote charitable messages indirectly connected to the day. The Yelp Foundation (@yelp) tweets that it's awarding $750 million in gifts to local charities and urges fans to vote for their favorites, once daily if they like, between today and December 15. Goldman Sachs (@GoldmanSachs) tweets about its support of the food program City Harvest (@CityHarvest).

Microsoft (@Microsoft) used the day to urge followers to “tell your favorite nonprofit how to get a software donation from Microsoft.” Its message included links telling you how to do so. Microsoft annually donates nearly $1 billion worth of technology to 120,000+ nonprofits globally, its Twitter message says.

@HumaneSociety posted updates about its fundraising goal for the day, telling followers at noon ET that it had reached 43% of its #GivingTuesday goal, which will fund its Pets for Life program, an effort that provides care for animals in underserved communities.

And the face of a personal brand needn’t be alive to help raise money. The estate of the late Marilyn Monroe (@MarilynMonroe), communicating on behalf of Ms. M, does its part, posting a picture of the icon hugging two small children, and tweeting: “I don’t understand why people aren’t a little more generous with each other.”

Not to be outdone, Elvis (@ElvisPresley), who may or may not have been in the house, also shares a sweet picture and tweets, "I'm so lucky to be in the position to give. It's really a gift to give."