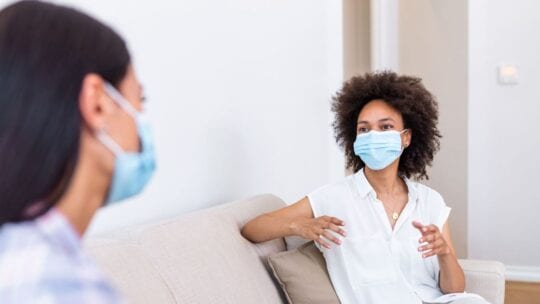 [Editor's Note: "Failure is the mother of success.” Thomas Edison tried thousands of light bulbs before discovering his life-altering solution. Babe Ruth hit 714 home runs, but retired as baseball's strikeout leader. KFC founder Colonel Harland Sanders was 65 when he began franchising his approach to fried chicken. He was rejected more than 1,000 times. Howard Schultz approached 242 investors with the idea of a chain of coffee shops. Nearly 220 of them refused the Starbucks concept.

In this series, a  partnership with the Institute for Public Relations, industry leaders share difficult, early lessons. See the previous article in the series.

This latest edition features Professor Nneka Logan of Virginia Tech University and two lessons she learned as a young communicator.]

Before academia, I worked in corporate communication for about a decade. As a communication manager of a new division, I recall attending a huge convention that attracted 20,000+ people. It was the kind of event where there were lots of business dinners and camaraderie among colleagues. I was new and didn’t really know anyone.

Still, I tried to engage with my new coworkers during the convention, but often felt like a third wheel; like the last kid picked for a softball game. I spent my days walking the convention center, trying to learn what I could. About mid-way through that lonely week, I decided to return home.

Sitting in the airport, waiting for a flight, my phone rang. It was the company president inviting the executive leadership team and me to dinner. This had to be a mistake. I emailed him to let him know I received his invitation in error so that he could email the rightful recipient.

It was not an error, he informed me. I wrote back that I was going to fly home that day. He asked, 'Do you think you have more you could learn here?' The question puzzled me. What did he mean? What was he trying to say? What was the right answer?

Then it came to me. In 10 minutes, I was in a taxi headed back to the convention floor. Of course, I had more to learn!

There’s always more to learn, even if it doesn’t appear that way. That night I dined with, and learned from, our leadership. The lessons earned? Toughen up, buckle down and never stop learning.

Another lesson came when a company I worked for made an acquisition. The acquired company was accustomed to doing its PR–though I don’t think anyone had a background in PR. Our side had a rigorous review and approval process for all press releases.

The acquired company skirted our process and distributed a news release without my knowledge. I was blind-sided by an email from a displeased company president. The news release had problems. I’d never seen it, but the acquired company staff insisted that I’d approved it. Needless to say, a disagreement ensued. I stood my ground. They doubled down. Tension grew, though we were supposed to be part of the same team.

Not knowing what to do, I sought advice from a senior colleague. He told me to stop the email and talk face-to-face with the person leading communication for the acquired company. Talk? About what, I thought? Simple honesty was the only requirement, from my perspective.

Following my senior colleague’s advice, I reached out to the woman leading communication at the acquired company. We had lunch. She explained that her team told her I’d approved the release and that, at first, she believed them. When she learned the truth, she didn’t want to throw them under the proverbial bus, so she sided with them. She apologized. It seemed sincere.

She wasn’t a bad person; she was trying to protect her team during a time of uncertainty and change. We made our peace. She agreed to follow the rules, I never spoke of the incident again, and we moved forward, as a team. The lesson? Sometimes, all it takes is talking…face-to-face.