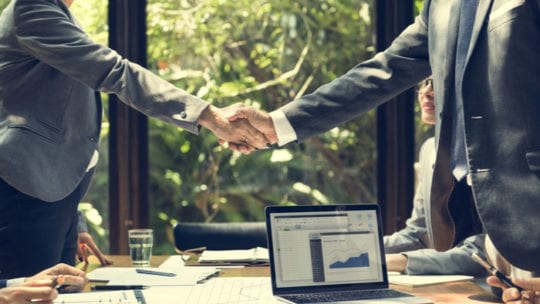 The traditional view is that public relations pros and lawyers mix badly—even when they’re on the same team. By nature, communicators want to talk and craft messages. Lawyers often prefer to say as little as possible. The PR pro desires to educate the public using clear, transparent language. A favorite legal tactic is obfuscation, deploying abstruse language that you need, er, a lawyer to translate.

The savvy communicator knows better. If PR is to increase its strategic influence in the C-suite and the boardroom, senior communicators need a solid relationship with legal. In fact, there's a trend toward the lines blurring between PR and legal. This indicates PR and legal should work closer still (more on this below). Moreover, some argue the general counsel should be among the CCO’s closest friends.

Crisis offers a prime example of why it’s important for communicators and legal to work closely. The alliance of PR and legal during PR crises is on the agenda of next week’s PRNEWS Crisis and Measurement Summit in Miami. As such, we decided to explore a related topic: How can PR and legal can work better around regulatory issues?

All the PR pros we contacted emphasize the importance of forging a working relationship with legal. In fact, Matthew Beaton, founder of Beaton PR, says a company can’t be successful without it.

Attorney Allison Fitzpatrick, a partner at Davis & Gilbert LLP, urges PR pros to "not hate your lawyers.  Most of us, but not all, are pretty nice people," who are trying to protect the company from being sued. Instead of hating your lawyers, she urges PR pros to seek their help. Some lawyers will offer creative options, Fitzpatrick adds.

Beaton, who represents lawyers, among other professionals, recommends that at least once yearly, “PR should hold a formal sit-down with the legal team and get an overview on the most sensitive regulatory and legal topics facing the company.”

There's nothing worse than the brouhaha that occurs after PR sends out messaging “that could cause regulatory scrutiny,” Beaton adds.

While Stephen Payne, VP, public affairs & privacy, Feld Entertainment, also urges an open dialogue between PR and legal, he says communicators need to remember that "by the nature of what they do, lawyers operate in an adversarial environment." This explains, in part, their reputation for abhorring transparency.

"Communicators want to communicate," he says, "but lawyers generally take a more cautious and deliberative approach, especially in potentially damaging situations." Payne, whose job involves heavy involvement with regulatory issues and legal, says full transparency is not always advisable in a regulatory dispute. In addition, he says, “Always remember that what you say to one regulator will be heard by others and inconsistencies can come back to haunt you.”

There's no hard rule on transparency, though. Attorney Fitzpatrick says one of the worst things a PR pro can do is hide facts, good or bad, from legal. "The more information you give your lawyers," she says, "the more they will be able to provide you and your company/client with the best advice." Hiding bad facts, she adds, shows a lack of trust in lawyers. "The bad facts always come out...and it's better [for lawyers] to know them at the outset," she says.

For Jon Goldberg, founder of Reputation Architects, the PR-legal relationship is a two-way street. "There needs to be a mutual appreciation of each other’s roles and priorities before a regulatory agency comes crashing through the front door."

To foster good communications, Beaton recommends having a a point person in legal who can answer questions and review sensitive statements for PR. In turn, legal should have a PR point person “who can provide updates on issues the company should treat with care.” Setting up Google Alerts around the company’s name, along with regulatory and legal keywords, also is advisable, he adds.

Beaton and Goldberg put responsibility for regulatory issues on PR and legal. “It’s incumbent on PR to know the company’s regulatory sensitivities and flag potential problems in messaging,” Beaton says.

Adds Goldberg, PR pros need to show that they understand the legal, ethical, financial and operational implications of legislation and regulation. "Communications has to be continuously tuned in to the organization’s regulatory issues, strategies and risk exposures to bring value," he believes. That's in addition to having an understanding of how regulatory issues feed into reputation.

On the other hand, Goldberg believes reputation no longer resides in the PR department only. "Protecting reputation is a corporate imperative," and that includes the legal department, he says.

An additional role for PR, Goldberg says, is translating arcane technical language of lawyers, scientists and other regulators into clear language. "Where regulation is involved, ambiguity is the devil," he says, since "anything that is ambiguous or unclear will be interpreted negatively." Good communications practices are "the critical bridge" between regulators and the regulated.