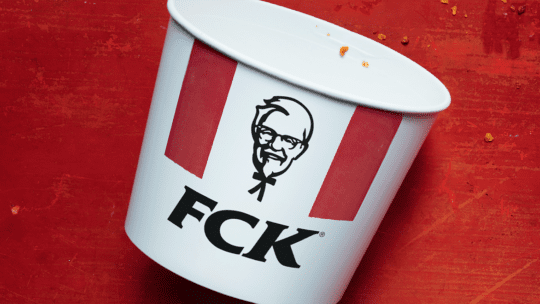 Can you imagine likening a cross-department crisis management unit to a basketball team? That's how the crisis team at KFC sees it: a coach at the top to decide on the players and prepare a game plan; players on the court, determined by their specialty and the game situation; and reserves on the bench ready to join the action when called.

Lori Eberenz would know. As senior public affairs manager for KFC's U.S. Brands, she oversees media and PR for the company and its 4,100 restaurants nationwide. While half of her job is generating positive buzz, she also handles controlling negative spin and derailing crises. Improving training of restaurant personnel also is part of her portfolio. In addition, she leads the crisis team to manage issues before they reach a point that could derail KFC’s five consecutive years of growth.

Eberenz will be one of the speakers featured during PRNEWS' Crisis Management Tips to Keep You Cool in the Hot Seat webinar on July 25. She'll argue that every PR and marketing professional always must wear the crisis communicator's hat. In addition, she's discuss the importance of a deep bench. This includes having members of other corporate departments ready to go.

Ahead of Eberenz's webinar appearance, we spoke with her colleague Tori Carter, global public affairs manager. Carter explained that the circumstances of the moment determine whom KFC calls.

For example, if Carter is working on a sensitive employee issue, "I’ll want my HR player in the game," she said. "The team will ebb and flow based on the game." All players, she said, should be ready to leave the bench when called.

Can KFC expect crisis expertise from non-PR/communications executives? Yes. “All members of a core crisis team should be aware of the principles of crisis management," Carter said. They also must know "the steps and processes KFC follows" and the risk areas for their department.

KFC's AOR and the brand's global cross-functional leaders collaborate to design the simulations. This ensures they reflect current crisis trends, as well as business realities.  There are a lot of creative ways to conduct crisis simulations, she said.

For example, some simulations include real-time emails, social posts and texts, she said. Participants receive them over several days so they feel the pressure of solving a crisis. Meanwhile, they must carry out their day-to-day responsibilities, which also is a useful lesson.

Element of Surprise at Dinner

Giving the simulation an element of surprise and disruption are keys to its success. Leveraging surprise “drives engagement," and truly simulate how a real brand issue or crisis can strike at any time and needs all your attention immediately.”

In one example, the company took crisis team participants to dinner to celebrate a day of hard work. “After the wine has been freely flowing...we drop the first escalation of the crisis simulation," Carter said.

While companies hope their crisis management team never has to activate, that’s probably not realistic. “Lucky for us, a true, global, war-room, all-hands-on-deck crisis is rare," Carter said. "However, we have issues bubble up frequently with our markets. They still require mobilizing a cross-department team and coming to a resolution.”

KFC uses a scale to determine the level of risk an issue or crisis poses. This allows the brand to balance its reaction strategy. "Once the issue is identified, the core crisis team leader works with the functional expert to gather the facts." They then group the right players from the core crisis team bench.  Once the team is set, its members "work together on executing an action plan.”

Social monitoring certainly plays a crucial part. KFC has a central, global monitoring team that watches the brand on socials 24/7. It sends a daily list of potential alerts or escalations to global PR and crisis leads. The team monitors brand sentiment, the volume of posts, influencer engagement with a given issue and whether the conversation is spreading to multiple markets.

"These are all critical signs of an issue starting to go viral and heading into the crisis zone,” Carter said. “Being able to watch the spread from market to market is especially useful." It allows KFC to proactively alert local teams and provide them with a response strategy "that’s consistent with the action being taken in the origin market."

Social has "globalized" the KFC brand voice and actions. "What we say or do on one side of the world could easily impact sales and reputation in another. We make sure all of our local market leads are sensitive to that.”