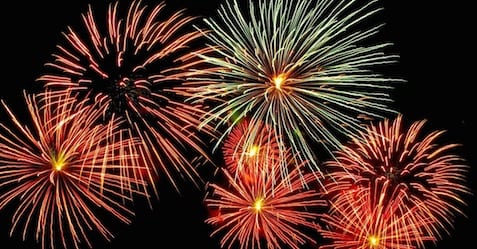 This Independence Day weekend will be very different than one I spent in 2002, while serving on the USS John F. Kennedy during Operation Enduring Freedom. But believe it or not, challenges I face as a leader—especially around work-life issues, an important part of the PR pro's employment regime—are similar to those I encountered for the first time as a 21-year-old Second Class at sea.

The skipper and master chief (not as cool as the Halo kind) approached me and my team. Our squadron had a problem. The Kennedy was due for a port call after 60-plus days at sea, but combat operations in Afghanistan needed to continue. The aircraft I worked on was critical to protect troops on the ground and if we could not find a way to keep flight operations going, the ship would miss a long overdue port call.

Senior leaders of the squadron asked for volunteers to skip port, deploy to a land base and continue combat flight operations during the Independence Day holiday. My work center was small, but security reasons required having a larger-than-normal amount of personnel.

Sacrificing for the Team

More than half the team would need to skip port so the rest of our squadron, and the entire ship, could have some R&R. We did it without a moment’s hesitation. Senior sailors volunteered so the younger ones could enjoy the holiday.

That July 4th we couldn’t have fireworks. We each were issued two beers (Tuborg - delicious!). Our only other celebration would be playing the national anthem. Still, we all enjoyed that night and woke up four hours later and continued flight operations.

When we returned to the ship, every sailor aboard knew a small group made a sacrifice that allowed them to have a great Fourth of July.  As a way of saying thanks, for two days those who worked during the holiday were allowed to go to the front of the line during meal hours. Worth it!

Part of leadership is making small sacrifices to maintain work-life fit. Whether it’s working on a holiday to keep flight operations going or volunteering to take on a bit of extra work so your team can enjoy a holiday break, the result is the same—you accomplish your mission without killing morale.

Balancing the new work-life fit of the PR world is tough, especially when senior leaders seem to make decisions in a bubble. But finding that work-life fit is not impossible. Ask your staff members what they want in a work-life fit, and you’ll see—as my skipper did—a group of people willing to make sure they meet all the work needs and allow others to enjoy the fireworks.