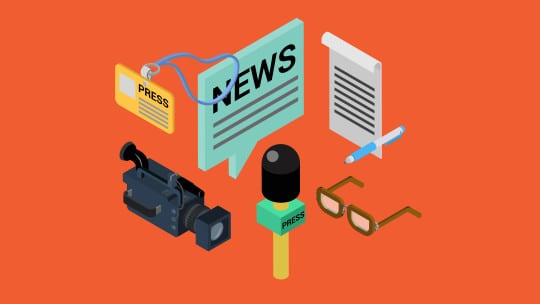 You'd be hard-pressed to name a profession that's experienced more change during the digital age than journalism. While logic says this should have resulted in a few changes in the way PR pros pitch journalists, a recent PR News study of some 400 communicators found that isn't always the case.

In an age of branded content, the study also found 85% of communicators feel media relations remains important. Still, the communicators in the survey said they find it more difficult to gain coverage for their stories, despite digital technology affording them many more avenues to reach journalists.

Looking at the other side of the question, Muck Rack and PR agency Zeno Group surveyed 520 journalists to gauge how digital realities have changed writers' view of their role, the tools available to them and their relationship with communicators (see infographic). 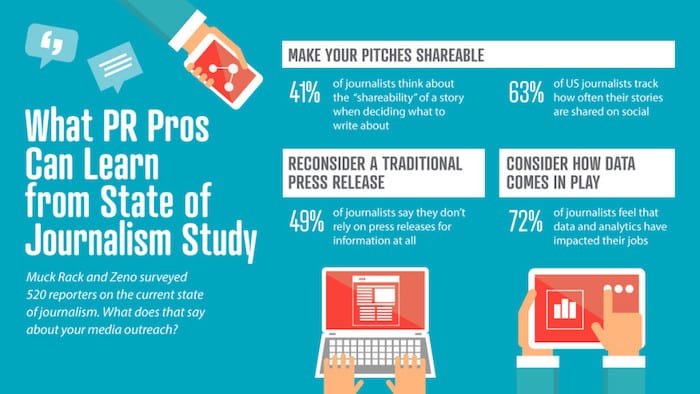 It's clear journalists are thinking about social while they're being pitched, during the act of writing and afterward. For example, a sizable group of journalists, prior to writing a story, are considering the story's worth in terms of  shareability. The age-old advice to PR pros of "thinking like a journalist" now also includes considering shareability before pitching reporters.

Along with shareability in the digital age comes spreadability. Since 63% of U.S. reporters and 68% of global reporters are tracking how often their stories are shared, or spread, socially, according to the survey, it's wise for media pitchers to help spread the story that results from their pitch. Knowing a communicator will be a reliable spreader of their work on social, all other factors being equal, odds are journalists will look favorably on pitches from that PR pro.

The next data point concerns data. 72% of journalists, the study says, believe data and analytics have influenced their jobs. The takeaways for communicators are several. First, include relevant data and statistics in your pitch. One way to grab the attention of a journalist is to include a statistic in the subject line of your email pitch. Second, arming yourself with data about how spreadable and shareable previous articles on a similar topic have been will be helpful.

There are limits, though. The survey finds just 30% of U.S. journalists say data analytics “increasingly influence” the kinds of stories they cover. In addition, only 35% say data and analytics “help me do my job better."