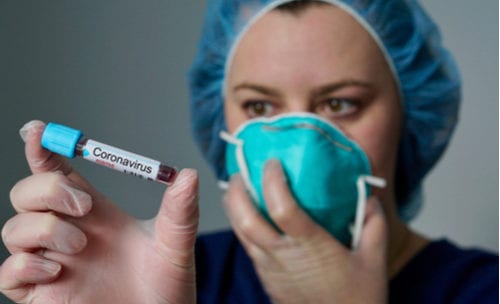 Two steps forward, one step back.

The axiom could well describe progress on a COVID-19 vaccine and treatment, which has faced two setbacks in as many days.

On Oct. 12, Johnson & Johnson announced it had paused “further dosing in all our COVID-19 vaccine candidate clinical trials” due to a volunteer's “unexplained illness.” One day later, drugmaker Eli Lilly paused its clinical trial for an antibody treatment because of a “potential safety concern,” according to emails The New York Times obtained.

As the Times article points out, pauses in clinical trials are a routine occurrence in drug development and don’t rule out the possibility of a successful treatment or vaccine. However, the possibility of drugmakers reaching the Election Day deadline of President Trump’s dreams is looking increasingly unlikely. The sheer number of companies developing vaccines and treatments accelerates chances of tackling the virus within the next year, though.

For PR pros, the race to find a vaccine and treatment serves as a natural experiment in healthcare communication. After all, communicators can always learn from examples of messaging, especially when it comes to delivering unhappy news.

While Lilly and J&J are not strictly competing in the same space–Lilly is developing an antibody treatment, while J&J is working on a vaccine–their responses are worth comparing, particularly since they were issued within the same 24-hour news cycle.

The first comparison point is one of length. Here’s the 30-word statement from Lilly, after being pressed by New York Times reporters: “Safety is of the utmost importance to Lilly…Lilly is supportive of the decision by the independent D.S.M.B. to cautiously ensure the safety of the patients participating in this study.”

Meanwhile, J&J’s press statement weighs in at 431 words. It notes a study participant’s “unexpected illness,” while outlining next steps (the illness is being “reviewed and evaluated by the ENSEMBLE independent Data Safety Monitoring Board (DSMB)”) and stressing the privacy of the patient. The press release also emphasizes company values. The word safety appears eight times; transparency is twice mentioned.

The J&J release addresses investors’ concerns by explaining that the trial has not been stopped by a higher government authority, which might be perceived as a larger threat to a successful vaccine than a mere pause. This clarification is framed as an FAQ: “‘Study Pause’ vs. ‘Regulatory Hold:’ What’s the Difference?”

Rather than using legalese or healthcare jargon,  J&J’s communication team breaks out concepts in an easy-to-read, bulleted format, exemplifying the transparency outlined in the company’s COVID-19-focused mission statement at the top of the page.

On the other hand, J&J’s artful release may simply be a response to being scooped by the health news site Stat, and its shares nevertheless dropped two percent in the S&P 500 the morning after the news went public.

When compared to J&J’s fleshed-out explanation, it might have been more prudent for Lilly to forgo the PR tenet of concision. As the world awaits a COVID-19 treatment, a terse reply could imply the company is indifferent to the dashed hopes of the masses eager for a cure. And while Lilly could have drafted a longer release following its quick response to the Times, no new COVID-19-related news has appeared on its press page as of this writing.

In fairness, one could argue the Lilly narrative may not have been the company’s responsibility to manage, given the National Institutes of Health (NIH) sponsored the study. After all, the NIH, in partnership with an independent safety board, was responsible for temporarily halting the study. The Times found “multiple [NIH] officials sent emails to researchers telling them to stop adding volunteers to the study out of an ‘abundance of caution.’”

NIH issued an initial statement explaining the pause was due to the group receiving antibody treatment saw a “different clinical status” than the placebo group. It’s possible that officials instructed Lilly to avoid offering a longer statement to avoid confusion.

Yet, even a brief release from Lilly pointing readers to the NIH website (which, incidentally has also not posted a full release regarding the pause in its antibody study) might have been preferable to silence on owned channels. Given the deadly trajectory of the illness, the words “different clinical status” when describing undesirable patient outcomes leaves far too much to the imagination.