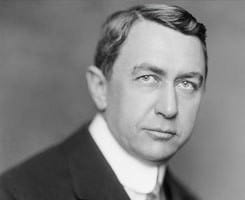 [Editor’s Note: This is one in a series of articles about the history of PR as part of our celebration of PRNEWS’ 75th anniversary. The series is part of a partnership with the Museum of Public Relations.]

November marked the 85th anniversary of the death of the father of PR, Ivy Ledbetter Lee (1877-1934). Far from an obscure historical figure, Mr. Lee helped shape the public’s perception of the profession. He also set standards that practitioners continue to follow to this day.

I asked Shelley Spector, co-founder of the Museum of Public Relations, about why Lee still matters.

Jared Meade: What do you think Lee’s most significant contribution to PR was?

Shelley Spector: It was the creation of ethical crisis management practices is his most important contribution. This is all the more remarkable considering that in Lee’s era, the early 1900s, companies would most likely hide an incident from the press, or even lie about it entirely. So Lee, a former newspaper reporter, went on his gut and understood that a company not accepting responsibility or worse, keeping a crisis hidden, would result in bad coverage, thereafter causing distrust between a company and reporters. He counseled his clients on how to turn an unintended crisis into an intentional step toward improving a company’s reputation.

Meade: One of Lee’s most well-known clients was John D. Rockefeller, Senior (PRN, Oct. 2019). It was Lee who transformed the public image of the Rockefellers. Why was Lee so successful? What can we learn from his example?

Spector: When Lee first worked with John D. Rockefeller, Sr., he was known as the richest man in the world and also a very selfish, monopolistic tyrant, who cared little for the masses. This was an age, remember, of robber barons, and a growing distrust of corporations and their management.

But the image the press and the public had of Rockefeller was only partially true. Rockefeller was a major philanthropist, possibly the world’s most generous donor. Typical of the polite behavior of the era, Rockefeller never wanted to talk about his philanthropy, as it would be considered boasting and unseemly.

He also didn’t think anything could dispel his public image. That all changed with Ivy Lee, who counseled Rockefeller that he could earn the respect and admiration of the public naturally. The key, he believed, was getting the public to see Rockefeller as a human being and learn about the good works he made possible, like hospitals, parks and public gathering spaces.

So Ivy Lee invited newsreel reporters into Rockefeller’s once-hidden, private world. The cameras captured him at his estates in New York and Florida, playing croquet, hugging his grandchildren, even giving away dimes to indigent kids. (We still don’t know if Lee counseled him to do that or if it was Rockefeller’s idea.)

And Lee began regularly issuing announcements to the press about Rockefeller’s philanthropy. As noted earlier, some considered it poor form to talk about philanthropy. Doubtless this was an easy sell.

Regardless, the press statements detailed the amounts he was giving away and the public good these donations were set to do. Through the newsreels and newspapers, the public got to see a positive side of Rockefeller, far different from what it had imagined.

Meade: Lee believed that good policy made good PR and that organizations must first do good work. Why was this revolutionary?

Spector: History shows that Lee – a minister’s son and an esteemed newspaper reporter – built his business on the principle that companies needed to earn the public’s trust to thrive. This was a highly unusual concept at the time. Lee instinctively knew, though, that the public would eventually discover a company lying about itself and its activities.

In addition, if the company’s statements did not match its actions, the business would find it hard to win back any trust and respect from its publics, whether customers, community or employees.

Meade: Lee wrote the first press release. Why was this tactic so successful that we are still using it more than 100 years later?

Spector: The idea of the press release, which Lee introduced in 1904, has become the single most important instrument of PR pros today. In Lee’s view, the press release, or “statement,” as he called it, is the bridge of communications between the company and the public.

While it is every PR person’s goal to get the release printed verbatim, as Lee’s were, this hardly ever happens today. Nonetheless, Lee’s strategy should be respected as much as possible: to write it in such a way that the reporter himself would cover the event, with objectivity, little promotional language and with as much balance as possible.

The objective, in Lee’s view, is to not just have media run the release, or cover the news, but to have readers see the story, and, assuming they trust the source, believe and understand the actions of the company.

With the respected media’s objective, third-party endorsement, there would be far more credibility for the story.

Ivy Lee likely would find that today’s PR practice is missing that credibility. This is owing to the predominance of social media, which allows a company’s story to reside as a paid placement or run on a company-owned platform.

When companies issue statements, Lee would think, without the filter of the media, the public cannot possibly have the same level of trust or credibility.

Note: A version of this content appeared in a 2019 edition of PRNEWS. For subscription information, please visit: http://www.prnewsonline.com/about/info