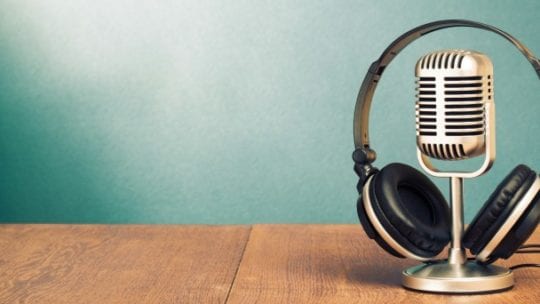 Whether you’re jumping into podcasting as a producer or a guest, two things should have already happened: you decided on a great story to tell and how to tell it.

But “doing great content isn’t about the format that it’s in, it's about a great story and what is the best way to tell that story,” Monica Norton said. Norton, who serves as Zendesk’s senior director of content marketing, is a driving force behind the company’s two successful podcasts, “Relate” and “Repeat Customer.”

“I think it’s better to have form follow function,” she said. “So if you have a great story to tell and an audio story is a great way to tell it and you feel like the audience wants to hear it in podcast form, then that's the reason to do a podcast.”

For Mike Fishbein, who hosts and produces “This is Product Management”—a podcast nearing 3 million downloads that features the biggest names in product and innovation at Fortune 500 companies and high-growth startups—podcasting’s strength is the variety of formats available within the medium.

“There's a lot of room for experimentation and trying new formats and so I think finding a show format that really works for you is important,” he said.

But what if you don’t have a story already in mind?

When Prudential began thinking through producing its own podcast, “Everyday Bravery,” they weren’t sure if what they had in mind would resonate with people. Jessica Cavalero, the company’s brand marketing manager, wasn’t even sure if listeners would get the concept.

Cavalero and her team thought people only thought of individuals at the forefront of a crisis as showing bravery. To answer that question, and find out if their idea had any legs, they turned to their audience. They were stunned with the response. People not only thought of small acts of courage as brave, but shared their own stories too.

“Through that exercise, we were able to validate that this is a believable idea and a believable concept, but also we ended up getting such amazing and intimate and emotional stories that people were sharing with us that we reached out to some of those people and featured them on the podcast,” she said.

So you’ve got a story and found a format that suits it, now what?

For both producers and guests, the next step is preparation.

After Fishbein has a guest selected—he’s already researched them, knows they have some expertise to share and can communicate big-picture ideas with his audience—he sets up an introductory call with them. It serves as a kind of mini-interview. This is where he picks out anecdotes, stories and strategies for his guest to highlight when the mics are live. He also makes it clear to the guest what the production process is like.

“With us doing more production than most, I can kind of assure them that the interview process is not going to be super high pressure,” he said. “So it’s really easy for us to retake stuff or cut stuff out and polish it. I think it makes people feel a little more comfortable and confident going into the interview.”

Producers aren’t the only ones that have to prep before the interview. But if you’re making your podcast debut as a guest, be wary of over preparing.

“I think it’s important to find the right balance of preparedness,” said Fishbein. “It sounds surprising, but some people come in over prepared and they end up sounding a little bit scripted. I think it’s good to maybe jot down some bullet points of key points you want to get across but don’t over-prepare. I think that’s one thing that’s cool about the podcast format. That it sounds like a personal conversation or, for us, kind of like you’re getting coffee with the guest.”