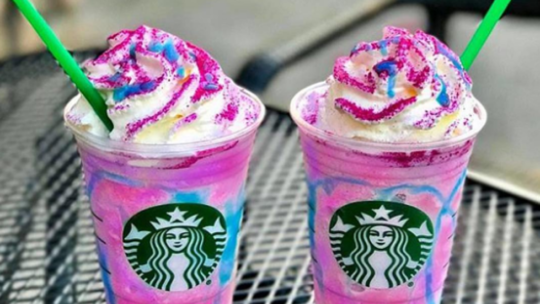 At first glance, Scott Steinberg might not have seemed an obvious choice to deliver the keynote during PRNEWS' Measurement Conference. A futurist, trend spotter and innovation expert, Steinberg's connection to measurement isn't obvious.

Yet one of the themes of the conference was that communicators should garner operational and business insights through measurement. They should survey customers and measure what's working or failing. Using data they should garner insights toward improving operations. In addition they should have ideas about tactics for the future. These concepts related directly to Steinberg's speech.

In an economy where businesses face steady competition and frequent disruptions, communicators and marketers must respond with innovative ideas. Fortunately, Steinberg says, innovation "can be easier than you think."

He advocates "thinking small" to come up with big ideas, or innovations that will effect large changes to the bottom line. "Simple shifts in strategy, presentation, or positioning can be every bit as powerful as grand-scale promotional efforts," he says. In addition, innovation, "can be simply a matter of perspective—and a process of constant reinvention." Communicators who are measuring are armed with data that should help inform these small, innovative shifts.

The case-study examples Steinberg presented featured brands that made "tiny, but hugely tactical adjustments," instead of deploying so-called game-changing breakthroughs.

A staple of large malls, Target noticed its profits declining. Rather than building more big-box outlets in malls and offering discounts, Target thought small. It asked its younger executives to study and survey its millennial customers—a tactic measurement guru Katie Paine emphasized during the conference's morning session—and found many were city dwellers. They preferred to shop at modest-sized neighborhood stores where they could grab staples and check out quickly. Target responded with smaller stores in cities, which added millions to its bottom line, Steinberg says.

When car sales fell during a sluggish economic period ten years ago, Hyundai could have offered large price cuts, Steinberg says. Instead, it had its employees talk to customers. They found customers were concerned about buying a car in an uncertain economy. In response, Hyundai crafted a campaign that allowed new-car buyers to get out of their contracts with it should they lose their job. Hyundai's sales figures doubled in 2009.

Sometimes a small, seemingly silly innovation in presentation or packaging can put a brand top of mind. The example Steinberg used here was Starbucks' Unicorn Frappuccino. Taking advantage of a rise in interest in unicorns (did we really just write that?), Starbucks emulated others who were serving unicorn-themed beverages. Starbucks' version is a garish but cool-looking drink that changes its outlandish colors when shaken. Shaken a bit more and it changes its taste. (Unicorns are magical, right?)

Social media went wild, as did Starbucks' shareholders, who saw the brand's bottom line improve, as if by magic. Ironically, as Steinberg notes, the drink doesn't contain "one drop of coffee."

If someone says you don't need a Starbucks #unicornfrappuccino, unfriend them. You don't need that kind of negativity in your life...???? pic.twitter.com/i6N8qLnWc0

Another example of thinking small to elevate a brand through the clutter is what Hooters did on Valentines Day. Going counterculture, it offered 10 free boneless wings to customers who visited its restaurants and shredded a picture of their ex.

Even more innovative, Hooters understood not every scorned lover is up to going out on Valentines Day. For them it offered a virtual solution. They could post photos of themselves shredding an ex's image and earn a digital coupon for free wings.  Steinberg jokes about the stunt's one per customer limit. "I wanted to go to Hooters and tear up pictures of several ex-girlfriends and get a lot of free wings."

Another bit of good news, says Steinberg, is that "creating concepts and content that resonate doesn’t have to take tons of time or cost a fortune." Above all, innovating with small, tactical changes isn't "about having more resources–it’s about being more resourceful."

Again, Steinberg's thinking links directly to measurement. "The biggest challenge PR pros face when looking for ways to boost impact, and drive growth and innovation, isn’t one of budgets or logistics. It’s a question of asking: Are you constantly attuned to how well campaigns are connecting?" In other words, are you measuring? And are you retooling when you find something's not working?

Make it stop. A cartoon by Pat Byrnes. #TNYcartoons