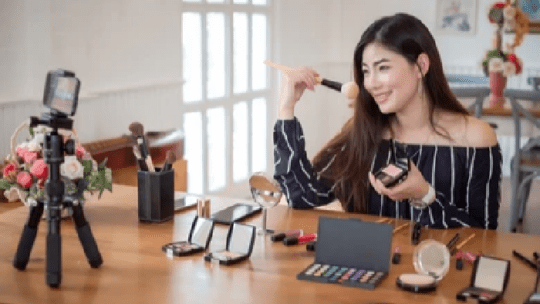 Each year, PRNEWS names an Agency Elite Top 100, composed of the most innovative PR and communication firms in the country.

We arranged a virtual roundtable with executives leading three of these agencies. The conversation began with a question about industry changes, which led to a discussion about influencer marketing and the role PR plays in a TikTok-centric world.

The discussion was edited for length and clarity.

PRNEWS: What have you seen changing in PR during the last three years?

Tom Coyne: The evolution of influence has changed a lot…We've seen the rise of influencers and their impact.

But recently it’s about understanding and vetting [influencers] correctly. It's a detailed process...[using] a cross-section of platforms to evaluate them. Then you...dive deep and get into the background of the influencer to make sure that there are no surprises....

Lindsey DeWitte: Many companies are burned when influencers are seen just as a line item in a media budget…But when you approach influencers with a reputation mindset, which public relations agencies do, the experience is so much better for the brand and the influencer.

You want to create an experience and immerse [the influencer] in the brand. And you want an ongoing relationship with them…You don't want to just pop in and pop out....

Coyne: When you approach influencers you want to think about ideas that build a company's brand, but also enhance the influencer's brand. That's the multiplier; that's where you get the best value in dollars.

Laura Macdonald: [Another change is] TikTok becoming an important channel for corporate communication, which feels counterintuitive sometimes, but…people are hanging out on YouTube and TikTok.

It's actually taking that audience-first lens:

DeWitte: It's really pushing clients to get comfortable. You want [TikTok creators] to create in their way. For more conservative clients, we aren't pushing them in that direction.... [Brands must]...let go a little bit, if they really want to engage [on TikTok].

PRNEWS: Communicators advise companies on social-political issues. What does that mean for influencer marketing? How deeply do you vet influencers' politics? And what do you do if someone calls out an influencer for taking a stance that doesn't align with a company's views?

DeWitte: Having some of those foundational elements outlined from the very beginning, what's in and what's out, as you approach influencers...is important.

That same approach [is needed] sometimes even within paid media. [You need] a system and a process for action when media runs at a time that's inappropriate. Or there's a reaction from an influencer that's not in keeping with standards of a company. And you also must be conscious of the timing of earned media.

In addition, you need a process on the back end [for] handling topics and issues as they arise, everything from Roe v. Wade, to the hurricane in Florida. You need an...integrated team [determining] what adjustments [are needed]...to protect reputation.

Coyne: You must have detailed contracts with anyone you work with, regarding how you work together.

[Still,] you want to leave room for [people] to be themselves, because that's their brand…Control is kind of a myth... Sometimes, it really just has to be about guidance and partnership…"in advertising, you pay; in PR, you pray."

What you're trying to do is work with a third-party advocate or spokesperson or media channel. The message you're delivering is kind of being refracted through a prism...you have to understand how it refracts and...have a very clean, crisp message going in.

And that's the art of what we do, and that's why [PR pros] are the best group to handle influencers and any two-way conversation.

PRNEWS: How do you convince companies that there's more to media relations than the front page of prestigious publications or the biggest networks?

Macdonald: You might have that awesome piece of coverage in The Wall Street Journal or The New York Times or CNBC. But [what's important is] how you take that coverage and utilize it to reach your audience [beyond the feature].

If it's a great headline, you should be sharing it through your social channels; executives should be writing about it…So, it doesn't end with the piece of coverage…Content now is so shareable…make sure that you're making it work really hard for you…A positive headline in The Wall Street Journal is something to celebrate. But you've got to make sure that you make it work for you.

Coyne:...If you think of [the Times] as a mass influencer, [you also should consider] who [else] carries incredibly valuable SEO and credibility. It's always a goal to have a blend [of media].

So, [think about whether] Jimmy Fallon is getting more viewers on his show or on his feeds? Is he getting more eyeballs in other places? You have to be a little bit device- and platform-agnostic....

DeWitte: It goes back to data and helping companies understand the audience. You spend a ton of time identifying the true believer that they're working to reach. Then you think through, from a data-informed approach, what that communication and channel strategy should be to attract and appeal to the consumer at different points in their journey....

PRNEWS: What makes a good client?

Macdonald: A partnership and giving us access. A really good partner [doesn't] keep you at arm's length. [Instead, a good partner] gives [PR] access to those seats at the table, internal discussions, access to the business goals, how are they being measured….