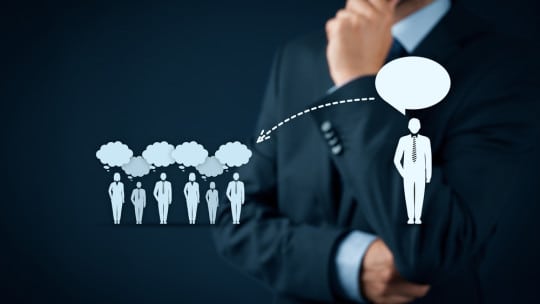 When some hear the word "influencer," they may picture a celebrity with millions of followers (Kim Kardashian, anyone?). But influencers don't always need to be famous to be effective brand ambassadors—take it from Amisha Gandhi, senior director of influencer marketing at SAP. She recommends communicators stay flexible when it comes to their influencer hunt, advising them to "be open to the right influencer—it could be a business individual, mommy blogger, professor or even an inventor."

Gandhi will be speaking as part of PR News' Media Relations Conference at the National Press Club in Washington, D.C., on Dec. 8. Below, she shares some do's and don'ts for PR pros who are interested in launching an influencer relations program.

Find the right influencer to engage. A lot of people think about celebrities, but you need to look at the business objectives of your target audiences, and who exactly influences their perceptions and/or purchasing decisions. See who your potential influencers reach. Be sure to check on engagement and resonance of their posts—just having a big following isn't necessarily enough. People can buy followers; it's whether they're really engaging them that matters.

Build a two-way, long-term relationship. If you're working with the right influencer, it shouldn't just be a one-off interaction. Rather, it should be a two-way relationship and start of a long-term relationship. Think about what you can do for an influencer, whether it's recognizing them on your channels, sharing and amplifying their content, or giving them access to your business network. For example, giving influencers access to SAP's large ecosystem has been very helpful.

Have metrics and business goals in mind, and check in with influencers about KPIs. Don't be afraid to ask potential influencers for engagement statistics on their previous campaigns. You can see how your campaign is tying back to business objectives by asking influencers exactly how successful a particular campaign is in terms of engagement, conversion, views etc.

Ready to jump-start your influencer relations program, get feedback on pitches from working journalists and learn the best practices in engaging reporters on social media? Register today for PR News' Media Relations Conference Dec. 8 in D.C.

Think about the influencer relationship in terms of "using" or "leveraging" an influencer. Instead, consider influencers as collaborators or partners. If you're interested in a particular influencer, it's likely other parties are interested in them as well. Influencers are more likely to agree to work with communicators that see them as peers rather than a means to an end.

Assume that if an influencer writes about a similar brand, they're going to write about you. Follow and engage with potential influencers' content over the long term; read their articles. Do the research you would do with a journalist you're planning to pitch; know who they really are and what they care about. Don't go in ill-informed or attempt a cold call just because they appear interested in your industry in general.

Forget an influencer once the campaign is over. Even if it doesn't see high engagement immediately, a blog post written by your influencer can have a long shelf life. Keep engaging with an influencer in the long term after a campaign has concluded. Avoid appearing transactional; it shouldn't be "one and done." Have your brand recognize influencers it's worked with in the past with reposts, retweets, likes or comments on social media.