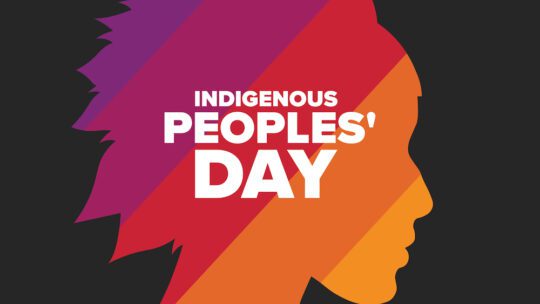 Over the last several years, an increasing number of states and cities switched from celebrating Columbus Day on Oct. 11 to observing Indigenous People’s Day, or in addition. (South Dakota and Berkeley, Calif., made the move in the early 1990’s.)

In addition, Biden acknowledged one of the core reasons for the change to the holiday’s focus: atrocities European explorers committed, calling them a “painful history,” and putting a focus on a collective need for soul-searching on the “centuries-long campaign of violence, displacement, assimilation, and terror wrought upon Native communities and Tribal Nations throughout our country.”

Biden’s proclamation might serve as an outline for communicators looking to craft similar public-facing or internal communication around the holiday. His statement covers the positive (contributions of indigenous peoples and Tribal Nations) and the negative (atrocities committed by colonizers, including the U.S. government).

Like a good crisis response statement, the proclamation also lays out the administration's actions—mandating agencies “engage in regular, meaningful, and robust consultation with Tribal officials.”

However, Biden does not specify the action items required to fulfill a stated “solemn obligation to lift up and invest in the future of Indigenous people and empower Tribal Nations to govern their own communities and make their own decisions,” though he promises to honor treaties with Tribal Nations.

Just as cities and states have shifted the focus of the federal holiday, so too have brands—some distributing reading materials and educational resources to employees so as to learn and reflect on their day off.

Sony Music, which, per a PRNEWS source, is closed in commemoration of Indigenous Peoples’ day, sent staff educational links. In addition, it encouraged them to be thoughtful about the holiday's purpose in an internal memo, mirroring many companies’ recent prioritization of internal communication around Black history and anti-racism during Black History Month and beyond. Oct. 11 also is Canadian Thanksgiving; Sony Music Canada posted a note on Twitter marking the U.S. holiday and commemorating Indigenous culture.

Other companies should follow suit and “adopt the inclusive practice of calling the holiday Indigenous People’s Day, and encourage employees to join in on the journey of learning more by learning about the Native American history and contributions in their own communities,” says Cat Colella-Graham, founder and president of Cheer Partners and an internal communication expert.

One way communicators can start their exploring Indigenous history is by determining and sharing with employees what Indigenous lands they (or their offices) occupy, Colella-Graham says.

“For example, where I live we have Shinnecock Nation, the oldest self-governing Native American nation,” she says. She also notes companies can celebrate and learn about the first U.S. Native American Secretary of the Interior, Deb Haaland.

This Indigenous People’s Day I am proud to celebrate the rich traditions and resilience of Indigenous Communities. As @Interior works to honor our nation-to-nation promises, it is more important than ever to recognize Indigenous Peoples as the first stewards of this land. pic.twitter.com/gKYP2sJtDP

“Employees want to know their companies are purposeful and bringing their employees in [on] celebrating diversity holistically…it improves the employee experience for all,” she adds. Indeed, reports from firms like Porter Novelli continue to suggest that most employees prioritize working for purpose-driven companies—and that includes education around BIPOC history and culture.

Of course, there is still major debate over and inconsistency around the role of the holiday's original namesake. Despite reports that refer to Oct. 11 as Indigenous Peoples’ Day, news organizations like CNN run annual articles with Columbus Day in the headline. Whether that’s an SEO-motivated choice or a sign of the transition to national awareness of the holiday’s latest federal and corporate significance remains to be seen.

An op-ed in the Wall Street Journal by Russian chess grandmaster and activist Garry Kasparov contends that despite Columbus' misdeeds, “risk-takers” like him should be remembered. However, Kasparov sees a disturbing resemblance in the holiday's revision to Soviet propaganda. This isn’t to say Columbus’ reputation should be wholly restored: “I come to bury Christopher Columbus, not to praise him,” he specifies in the opening.

All of this is to say, if they plan to issue a statement commemorating Indigenous Peoples’ Day, companies should be prepared for debate around the historical figure, particularly if they serve a conservative audience. But for those brands willing to chime in, here are examples of statements on social for inspiration.

Duolingo respectfully acknowledges that we are on the traditional, ancestral lands of the Osage Nation.

Today we celebrate all Indigenous people for the monumental contributions they have made to linguistics, education, and beyond! pic.twitter.com/OX6vfzITzR