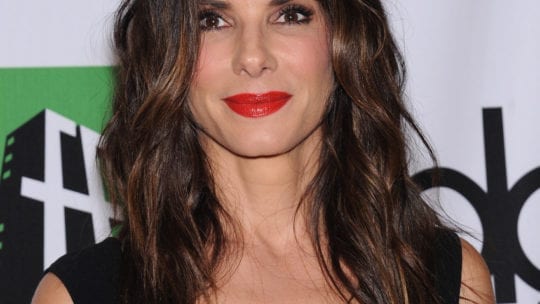 Communicators can relate to Sandra Bullock’s idea for next year’s Oscars. She proposes a host-less awards show. Instead, she urges a microphone gets passed to actors in the audience at random. The actors would see a nearby teleprompter, but their hosting duties would rely heavily on improvisation. Since many actors have improv training, Bullock believes they’d be fine. As she told the AP, “You're an actor, figure it out.”

But let’s get back to our communicators. Isn't receiving a phone call from a journalist and being asked to respond to a question on the record involve a lot of improv?

Along those lines,  improv also comes into play when, during a crisis, a brand executive has a microphone or a camera thrust in their face. Certainly, executives have talking points ready (we hope), but their responses owe much to improv.

Considering the above, it makes sense that some PR firms use improv techniques during media training. There’s even a PR firm called Yes and (the relevance of that name will be apparent shortly). Improv is regarded so seriously at NY agency Peppercomm that the firm has a chief comedy officer. D.C.'s Washington Improv Theater has a program, WIT at Work, that brings improv training not only to businesses but government agencies.

But what media training tips can improv impart to communicators and their executives?

Yes and: A basic principle of improv is known as 'yes and'. It is designed to help improvisers build a scene. Improvisers are taught to accept the situation they're offered, agree with it (yes), then add to it (and).

A scene is built, yet nobody, even the first improviser, knew in advance they'd be talking about ducks.

A basic principle of media training is to communicate two or three main talking points. The difficulty is moving the interview to where the executive can deliver those points. Yes and can help the executive move through an interview comfortably.

For example, a reporter says, “Your brand’s reputation was hurt in the market downturn.” The executive should agree and reply, “Yes. That’s a great question. We’re taking it seriously. And I’m here to talk about” x,y and z, which are her talking points.

Confidence: People often find it surprising when they learn that improvisers rehearse. They don’t rehearse what will be said or done during a show. Instead, they practice reacting quickly and naturally to whatever situations their fellow improvisers offer.

Clayton Fletcher, Peppercomm’s chief comedy officer, similarly says that executives need to rehearse their improv skills during media training so they won’t seem rehearsed when delivering talking points. “Ironically, you lose the rehearsed sound by rehearsing,” he says. Adds John Windmueller, director of WIT at Work, "It takes a lot of practice to sound authentic."

“So many executives become flustered on camera, especially when they’re asked difficult or negative questions,” says Peppercomm founder/CEO Steve Cody. “Improv training with 'yes and' helps them to gain confidence and not come off as robotic.” After some improv practice, Cody says, executives can even seem “graceful” moving to their talking points.

Mistakes happen during media interviews. The confidence execs gain through improv training allows them "to know they'll be O.K. when they make a mistake," Windmueller says. Indeed, confidence is critical to the WIT at Work effort. "Much of what we do is to mitigate that fear" of making a mistake, he adds.

Peppercomm SVP Rob Duda knows all about improv training building confidence. After improv training at Peppercomm, Duda took the ultimate test. Cody pulled him on stage to improvise at a leading NY comedy club in front of 150 paying customers. Duda was not told ahead of time.

He passed the test and sees the application for media training. Improv training and practicing improv give executives the ability to feel “calm and confident” in a foreign situation and “think on the fly…so a question doesn’t throw them off.”

Adds Windmueller, "Improv training gives you experience in reacting quickly to new choices," which can be critical in a media interview. A favorite improv exercise, he says, has improvisers running to a different location on the stage and reacting to a new situation every time a bell rings.

Even though improv is most associated with comedy, Cody says the confidence learned via improv training is “absolutely vital” to media train executives for PR crises. The improv-trained executive can use yes, he argues, and will have gained confidence in  a fast-moving situation to “exude gravitas in a natural, concerned way.”