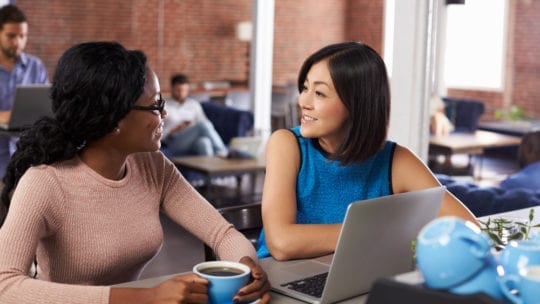 Today’s media industry swims in a sea of information overload, and reporters are just trying to keep their heads above water. In a perfect world, PR pros would deliver pitches in a couple of sentences, and journalists would effortlessly write every story pitched to them.

But we are human beings, not machines. Creating a mutually beneficial connection takes time and energy, an effort that journalists will recognize and appreciate.

We spoke to several PR professionals and journalists to see what worked best to improve relationships with reporters to learn what the media really wants. Across the aisle, many emphasized the importance of research, voice contact, social media, real talk and humanity.

A misspelled name on a wedding invitation. A non-cook receiving a gift card to Williams Sonoma. Annoying, right? Putting in the right amount of effort to make sure to spell Sara without an “h” or to buy a cinephile a movie gift card gets noticed. The little things add up.

Liz Pierson, senior account director at Becca, reads everything related to a journalist before contacting them. “Newspapers, magazines, blogs, newsletters, Facebook posts, Instagram captions...it helps me better understand what editors and writers are looking for,” she says. “The more familiar I am with their beat, the more thoughtful, strategic and selective I’ll be in crafting a pitch that is both newsworthy and compelling to that particular person.”

It’s also much less embarrassing to take the time to address someone correctly, and on the right beat, rather than pitching a spring fashion story to someone writing about global warming.

Pick Up the Phone

Unless a clever subject line crosses their path, chances are that pitch is going to be ignored. The best subject line to use to get a journalist to remember a PR pro? The phone.

“I’ve been in the industry for almost 10 years, and only three PR practitioners have ever called me,” says Andrea Richard, a freelance journalist.

To really understand a story, it helps to hear the emotional nuances from a voice at the other end of the line. Reporters like to be recognized as real people, not just pitch bait. Call a reporter to see how they are doing, what they are working on, or if they need anything. Be the PR pro who does not always expect a story.

Social media now serves as a primary way for journalists to broadcast their brand, not only for breaking news and behind-the-scenes bonus coverage, but peeking into their personal lives as well.

The platforms can also connect reporters to communicators, allowing for an unfiltered look into their beats and personalities. Alex Sacripante, an account executive at BCW Global, makes sure to pay attention to contacts, especially an editor who has a penchant for baking.

“An editor I follow posted about how her stand mixer was broken, and how she was in a panic to bake a cake she needed to complete by the next afternoon,” Sacripante says. “I happened to have her address on file... so I had a new mixer messengered to her that same day. She had no idea the mixer was coming, and when she received it she was over the moon." She later thanked Sacripante via email and has included BCW in future stories.

Who wants to be introduced with a pitch? Developing professional relationships should not equate to a Tinder swipe.

“You are not an actor," says Mary Beth Popp, vice president of corporate relations at FIFCO USA (parent-company of brewer Labatt USA). "Do not play the PR person. Be who you really are every time you pick up the phone. You shouldn’t have a 'PR voice'."

Don’t Be a Creep

Then there are the strange, too-close-for-comfort approaches. Make sure to keep social graces in tow, and keep overzealous messaging to a minimum.

Tim Fisher received three emails in as many days regarding an introductory meet up at the Consumer Electronics Show. “The tone shifted from 'let's meet at CES,' to 'this is so important that I'll come to YOU,' which also included a photo of my house,” he says. “To say that was a bit too far would be an understatement.”