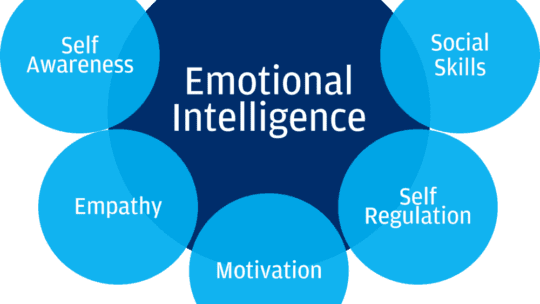 A candidate's resume doesn't tell the whole story. Emotional intelligence is not quantifiable on a CV but it has been identified as the number one quality you need in a new employee.

What is emotional Intelligence (EI) exactly? It's “having a strong balance of self-awareness, self-regulation, motivation, honesty, empathy, and social skills,” said interview and recruitment expert Sarah Gobble, who works as a senior consultant at Fahrenheit Advisors. She goes on to identify that “people with these skills are generally good hires and add to the positive culture of the workplace. Skilled interviewers can uncover both technical skills that might be required for a job along with EI factors that make for a good hire.”

According to the U.S. Department of Labor, the average cost for each bad hire can equal 30 percent of that individual's annual earnings. For example, when you hire the wrong mid-level accounting manager or application developer earning $60,000, the total cost to your organization will be $78,000 to let them go after one year. The best offense is to not hire these people in the first place.

Grab your pen because here are examples of what you can do in a job interview to quickly gauge emotional intelligence:

Probe, probe and probe some more. If the candidate identifies their last job as being a poor fit or a toxic culture, go deeper right away. Ask what made the culture toxic or what were examples of the poor fit. It’s quite possible that you will quickly realize it’s the candidate’s social skills or their perception that is driving them to feel this way. It’s also realistic that your environment is very similar to what they are describing, which is a red flag that indicates the candidate would be a poor hire.

Be conversational. Adopting an interview style that is more conversational, versus threatening or interrogative, will get you much further when assessing emotional intelligence. The candidate will be far more likely to open up when your probing involves genuine curiosity, a lighter tone, and affirmative body language. They are far more likely to let their true self-awareness attributes shine through because of the relaxed tone that you are using.

Humor can be very effective. As you meet with candidates, try to make jokes and read their reaction. Folks with a high degree of emotional intelligence can build a rapport quickly thanks to humor and make strong human connections almost immediately. This demonstrates their emotional intelligence and how they will positively interact with clients, customers, and colleagues.

References matter. When it comes to references, emotional intelligence can be measured when very specific questions are asked. For example, “when I met with Peter he mentioned that deadline adherence has been a challenge for him, can you please elaborate on that?” By asking this in an open-ended manner, the reference will share clues about whether or not the deadlines themselves were an issue or if Peter’s ability to manage them were the crux of the issue. Another way to dig for nuggets is to ask “is there anything you think I should know that we have not covered?”

“Too many employers rely too heavily on the resume to tell them everything they want to know, usually because they aren't comfortable with asking questions and actively listening for what the candidate is telling them," said Gobble. "Rather, reading between the lines, observing body language during all phases of the interview process, and asking for clarification or explanation for things that either don't make sense, are contradictory or seem like a fluff answer, are the ways to gain additional insights.” She goes on to add that “inexperienced interviewers fall into the trap of asking a question, listening to the answer and then moving on without probing or clarifying the candidate’s answers. I find when you probe and make them explain themselves you get what you are really looking for.”