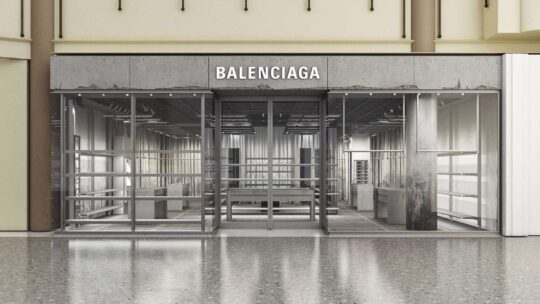 Rightfully, Balenciaga yanked the ads and apologized promptly, twice. Yet comments are pouring in on social, along with death threats.

Notice how not a single bank has dropped Balenciaga.

The eye-popping ads aren’t really a surprise for a company that likes operating on the edge. In this instance, Balenciaga apparently never considered possible long-term reputation damage. It should have. Now it’s dealing with fallout as well as cancel culture. Online mobs are attacking.

Though it is unlikely that Balenciaga will be canceled long-term, it should tread carefully and consider the items below. Left unchecked, the situation will get uglier.

First, Balenciaga was vilified. Next, a photographer who shot some of the photos was trolled online and, as we noted, targeted with death threats. This despite his insistence that he was not responsible for the ad’s creative direction.

Hey Photographers :
When Balenciaga hires you to shoot their new lookbook & you show up to find a toddler laid across a sofa with wine glasses & bondage gear arranged around them, you walk away. Period. pic.twitter.com/DSoHgQLM6O

In addition, critics now are targeting anyone who supports Balenciaga. Indeed, the company has ties to A-list celebrities like Kim Kardashian, Nicole Kidman and Gwyneth Paltrow. They must decide whether to remain mum about the controversy or address it.

Kardashian, a Balenciaga brand ambassador, said this week she will re-evaluate her relationship with it. Kardashian said she'll base her decision on Balenciaga's willingness to own its mistakes and atone with good acts on behalf of children. Her statement was measured and thoughtful, something often missing in our rush-to-judgement, cancel-culture society. Critics slammed it immediately for not going far enough.

As for my future with Balenciaga, I am currently re-evaluating my relationship with the brand, basing it off their willingness to accept accountability for something that should have never happened to begin with — & the actions I am expecting to see them take to protect children.

To stave off future issues, Balenciaga must be as transparent, authentic and contrite as possible. Next, it must do everything it can to prevent a mass exodus of celebs. Initially, it should assure its A-list partners that it is taking full responsibility.

In addition, it should point out the measures it’s taking to correct the problem and insure nothing similar occurs again. Balenciaga posted a list of these on Instagram, including safeguards and changes in its creative process and other work revisions.

Moreover, Balenciaga has said it will collaborate with organizations that specialize in child protection as it learns from its mistakes.

However, the public will demand action, not just words. A demonstration of accountability and action are necessary.

Balenciaga likes edginess. It has sent models down the runway with bloody noses and bruises and sold extra-destroyed sneakers for nearly $1,850. Pushing the envelope is in its DNA. However, this time it went too far.

As PR pros know, all press is not good press. For example, no company wants a connection with child exploitation and abuse. To overcome its history and this latest brouhaha, Balenciaga must proceed with caution and repent consistently. If not, the fashion house will no longer be fashionable.

Balenciaga filed a $25 million lawsuit against parties who organized the photo shoot that featured the Supreme Court documents. Ironically, that lawsuit likely will extend the story.

As such, Balenciaga should stay mum about the case and let the saga play out in court. The lawsuit speaks for itself. Further discussion from the company will yield additional headlines, making it more difficult for Balenciaga to distance itself from the controversy.

Similar to all controversies, this one will subside eventually and a new story will garner the attention of media outlets and online critics.

After all, some now herald Will Smith and Johnny Depp  as comeback kings after their cancellation in the court of public opinion. Balenciaga hopes to do the same.