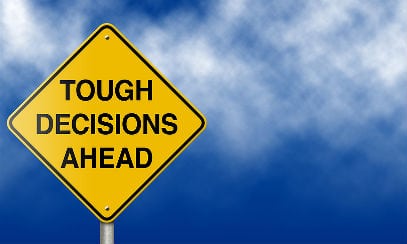 Businesses must comply with laws and regulations that demand protective measures for the safety of workers and the public; smart businesses go the extra mile to quickly right customer service wrongs before they become embarrassing public issues; and as sensible, informed adults, we take steps to protect ourselves and those around us, such as ensuring our children are vaccinated.

Every day, we act to prevent the consequences of inaction…an ounce of prevention and all that. And it is this point—crisis prevention—that needs our consideration.

Being prepared for a crisis is as natural to our profession as never saying “no comment.” As we know, catastrophes can befall any business. But unless you’ve been cursed, handling catastrophes isn’t a daily task. If it is, get out while you can.

The Heating Elements of H.O.T.

Managing and potentially averting a crisis is fundamental to sound issues management, but we can do much more. We can be H.O.T.—honest, open and transparent—before the scent of scandal leaves the building, because hoping away bad news serves only to keep us up at night.

Being H.O.T. requires buy-in from a CEO committed to reputation management through sound communications. It also requires your legal team to respect the courts and the court of public opinion.

It requires nerve. You need to lead with, and own, a bad news story that will see light, no matter what you do. To be clear—and your CEO needs to understand this better than anyone—a H.O.T. approach doesn’t kill a story; the news won’t disappear magically. There is no balm for bad news.

Hotness, though, may be the difference between the sniffles and pneumonia. It can set you up for a credibility boost and a hefty deposit in the reputation bank. Yes, you’ll take an immediate hit, but will see far less negative social media chatter than if you were forced to continually react. Opinion makers may even praise you for your hotness.

Fundamentally, being H.O.T. telegraphs that, despite the bad news, your organization is working on the problem, is transparent and serious about accountability. Employees, the media and the public will see your brand as committed to being honest, rather than one that skirts, skates and spins.

The Toronto Transit Commission (TTC) is North America’s third-largest transit system after New York and Mexico cities. It carries 545 million passengers annually on a network of buses, streetcars and subways, employing 14,000 people. It compensates its employees well, including a generous benefits and pension plan.

For a few, that’s not enough. As I write, the TTC is into its second year of an internal probe and police investigation around an alleged benefits fraud that has seen almost 100 employees fired—with more to come—and a healthcare supplier facing criminal charges. Police have yet to charge TTC employees, but that could change. The estimated loss to the TTC is pegged in the millions of dollars (Canadian). Forensic accountants are earning their fees as they follow the money.

Public Accountability and the TTC

Like all public transit systems, government subsidizes the TTC. Its customers pay fares, in addition to their property taxes that fund the remainder of the system’s costs and, ultimately, the employee benefits plan. In short, the public owns the TTC and, as such, the TTC is accountable to it.

In 2013, the TTC established its Integrity Line—a tip line and website that staff can use to anonymously report suspected wrongdoing. The TTC is a big operation with an annual operating budget of $2 billion and a 10-year capital program worth more than $9 billion. It issues hundreds of contracts yearly for everything from bus parts to construction projects to office furniture and much more.

Unfortunately, a small number of staff and contractors have, over the years, devised schemes to steal from the organization, despite rigorous controls and audit trails that eventually catch up with them. The Integrity Line was established as yet another tool to help quickly end such schemes.

In 2015, the Integrity Line received a tip involving a healthcare provider of orthotics and other medical devices the employee benefits plan covered. The tipster exposed a scheme that saw bogus or inflated claims TTC employees made for products or services that, in many cases, were never produced. The plan’s insurer unwittingly paid the claims, with the windfall split between the service provider and employee. It’s not a complicated racket, and certainly not unique to the TTC, but it is fraud and a multimillion-dollar-a-year problem for the private and public sectors.

I realized this was going to be a significant reputation hit when the news broke, if for nothing else, the amounts involved. A wave of damning headlines passed before my mind’s eye. Then I paused. We talk a lot about transparency here. Our CEO, Andy Byford, is committed to it. He was IABC Toronto’s Communicator of the Year for 2016 and is a communicator’s dream boss. He embraces communications, advocating for transparency in all that the TTC does. Adopting a H.O.T. approach to communications on the benefits fraud issue required no convincing.

The CEO: Leadership not Communications

What if your boss is unlike mine? Most leaders, if asked, will declare themselves good, if not great, communicators. Maybe they are—they give rousing speeches that motivate their teams. Leaders also say they excel at strategy. Good. You now have the boss where you want him/her. As an excellent communicator and skillful strategist, the CEO is ready to understand and embrace strategic communications. Be honest about the risks of owning and leading issues and the short-term hits that will follow. Use the obvious how-not-to’s to illustrate your points: “We don’t want to be the next [fill in the latest example of a tone-deaf brand], do we?” Your CEO needs to see this approach as leadership, not communications. And to see it as something employees, customers and the public will appreciate and result in kudos for the brand.

The public needs confidence in its public agencies. Those entrusted with running them have an obligation to openly demonstrate that when something goes wrong, swift measures are taken to correct it. And if we don’t own an issue, others will own it for us. Owning this issue, I argued, will help cement our reputation as transparent, good stewards of public money and, ultimately, effective managers.

The TTC was in the midst of an organizational culture change when this fraud issue broke, with integrity being a key piece. While change of this nature takes time, it needs leaders who are honest, open and transparent in all that they say and do. And that can only happen through aggressive, proactive communications externally, but internally, too.

To that end, news releases and all-staff notices on the scheme are issued routinely. They include background and context to help reporters and employees understand, and recall, all that the TTC has done, and is doing, on this matter.

In 2016, the TTC saw a precipitous drop in benefits claims vs. 2015 of almost $5 million. Clearly, the message of “do this and you will be caught” resonated. Police and others have praised the TTC for tackling this issue head-on and for doing the right thing, taking public action, not shying from it.

H.O.T. communications is a long-term strategy. The CEO and the TTC board embraced it, recognizing an issue with the potential to be more than a one-day story also requires patience for the reputation payoff. When the exposé on the global problem of employee benefits fraud is written—and it will be—the TTC will be cited as a leader, not just for rooting out and exposing this problem, but for its willingness to communicate with transparency and maintain public confidence.

There are far too many examples where crisis prevention would have averted another news cycle, damning and uninformed retweets and dwindling confidence in your organization. It’s true—some of the best crisis management occurs when no story appears. But when you don’t have that luxury, when a story is inevitable, being H.O.T. is not just the right thing to do, it strategically positions your organization’s reputation as credible and trustworthy.

In 2010, one of Canada’s top investigative reporters Kevin Donovan, of the Toronto Star, called me. His book, ORNGE: The Star Investigation That Broke the Story, includes a passage about that call.
“When I am investigating, I try to persuade my subject that the very best thing they can do is man up, tell the truth and get through the story. It is a responsible approach and it works both ways: If I am wrong, an early conversation with the subject of an allegation can provide the facts that will lead to a much different story, or no story at all….
I once did a story about a (married) senior TTC manager who gave a lucrative contract to a girlfriend.
After hearing the information, Brad Ross looked into it and informed his bosses, who confronted the manager. Ross then told me everything he could about the situation. He met the story head on. The executive was dismissed very quickly from the transit commission and I was informed by a telephone call as soon as that happened. It was all over and off the front page in two days.”