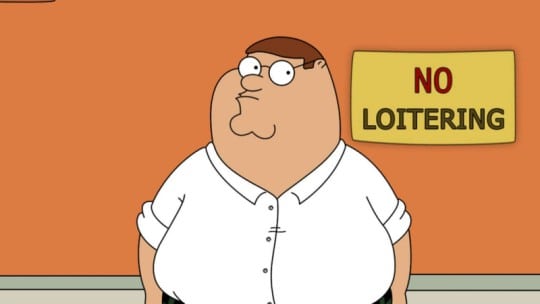 Writing—and the rules associated with it—is, without a doubt, one of the most argued-about tasks for any public relations professional. Between obeying basic grammar expectations, observing the rules of AP style and adapting it all for individual client preferences, writing press releases and other material can be a bit confusing. But before we go any further into the specifics, let’s lay down two ground rules:

The rules above should always be followed. Here are a few that can (and often, should) be broken.

Never start a sentence with a conjunction (and, or, but, for, yet, so, nor)

Remember rule one? It’s all about voice. Sure, your high school English teacher might cringe, but writing with and for the media is an entirely different animal. Again, consider the voice. Often, beginning a sentence with a conjunction can be a useful tool to convey a conversational tone in a blog post, email marketing campaign or byline.

Copy editors everywhere are shaking their fists at this one, but more often than not, it’s absolutely fine to split infinitives (where it makes sense), and often it aids in creating a more personal tone. To refresh you, an infinitive is a two-word form of a verb, such as “to read,” “to run,” or “to sit.” A split infinitive is the addition of another word—usually an adverb—between “to” and the verb itself, such as “to quietly read,” “to quickly run” or “to silently sit.” Traditional grammar rules say the adverb belongs after the verb in an effort to keep the infinitive intact, but savvy PR pros and writers everywhere know that sometimes, a split infinitive just sounds better. Consider perhaps the most famous example: “To boldly go where no man has gone before” sounds a lot better than “To go boldly.” Star Trek knows, and now so do you.

Another example of writing how the words sound best. In an effort to avoid ending sentences in prepositions, writers twist and contort sentences to adhere to this rule, making the writing sound awkward and bulky. Use your best judgment, but don’t be afraid to break this rule. After all, “What are you talking about?” sounds much more natural than “About what are you talking?” A natural-sounding writing voice can go a long way to make your client appear more down to earth and personable.

Don’t Do not use contractions

Hopefully you’re starting to understand how essential a relatable, personable writing voice is to conveying most messaging in PR. One of the best examples of this is contractions: Nothing sounds more awkward (and pre-written) than a lack of contractions. If the quotes in your press release are littered with have nots, do nots and cannots, you are all but telling any interested journalists that you wrote them yourself. Cultivating a consistent, natural brand voice is one of the most important ways you can endear your brand to the media and prospective clients.

Because the majority of PR writing takes place and is displayed primarily on the web, it’s almost guaranteed that your readers are avid internet users, meaning it’s increasingly unlikely that they are going to sit down and read every word. No, they’ll be skimming your article, press release, blog post or email, so it’s in your best interest to highlight the most important facts in an easy-to-digest way.

See what I did there?

Jamie Izaks is the president and co-founder of All Points Public Relations, a Chicago-area public relations agency focusing on the franchising industry. He also co-founded the Northern Illinois Franchise Association.