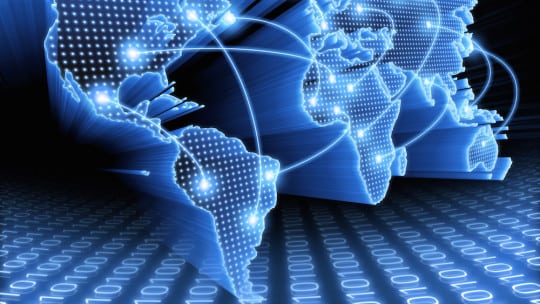 This article is adapted from Alaimo’s book Pitch, Tweet, or Engage on the Street: How to Practice Global Public Relations and Strategic Communication, which was published by Routledge in August.

With more than 2 billion people on Earth now using social media, social strategies have become a core component of most global public relations campaigns. The platforms that are most popular in the U.S.—such as Facebook, YouTube and Twitter—rank as the most widely used in many other countries around the globe. However, this does not mean that a single social media strategy will work internationally. Below are four tips for using social media as part of global public relations campaigns:

Identify the type of content that goes viral in different countries.

In the United States, researchers have found that much of the content that gets retweeted and goes on to “trend” on Twitter is generated by the traditional U.S. media, such as The New York Times, CNN and ESPN. So one of the best ways to influence the conversation on Twitter is actually to influence the press. The reverse is true in China. Chen Liang, account executive for Ruder Finn, says that because the Chinese people are skeptical of the government-censored press, they turn for reliable content to a bevy of social media influencers, such as actors and professors who have developed reputations for posting credible information on their platforms. So when developing cross-national campaigns, identify the sources of content that are most likely to be shared in your target countries, and work to influence those content creators.

Sheri Herrmann, communication coordinator in the U.S. for the global tire manufacturer Continental, recommends creating different social media pages for different countries, both because products often differ by country and because the types of content that are most popular in different countries can differ dramatically. “Our German counterparts will post lengthy content with more generic photographs on Facebook, and they also have a very different sense of humor,” she says. “To get shares and likes in the United States, I need short and snappy posts and dramatic, flashy pictures, such as ones I posted recently of a Lamborghini and the Guinness World Record for the world’s largest burnout.”

Of course, not all platforms allow for cultural differentiation. Jack Lundie, director of communications for the anti-poverty organization Oxfam, says that “every tweet is a tweet to the world. That’s the power of the platform, but it also presents risk. You can’t change it, but you have to take it into account if you’re a global organization.” However, Oxfam’s global headquarters in the U.K. and 17 affiliate offices around the world have separate Facebook pages with culturally specific messaging.

Ekaterina Walter, global evangelist at Sprinklr, a social media management platform, recommends that if you use different pages or platforms in different markets, you create a central repository for all content created for social media platforms both at global headquarters and in different regions, so that your teams in different countries can borrow from and adapt content created elsewhere. She explains that “visuals especially can often be reused. The messages that come with them might be slightly different, but if you have a content library then your team in different countries can cherry-pick the pieces that will work for them and do their own translations. Right now, organizations are creating a lot of content that could be reused because people work in silos and don’t know it exists.”

“Back translate” your messages.

If you have a message translated into a different language, you should have a different translator “back translate” the translated message into its original language, to confirm that the meaning has not been lost in translation. R.P. Kumar, executive vice president and global director of strategic planning for Ketchum, says he once crafted a message for a large consumer products company promising that a laundry detergent contained “Extra Lather! Extra Power!” When he had the message translated from Hindi into other Indian languages, the “back translations” promised “Extra Lather, Extra Powder!”—but the product did not actually contain any extra powder. “Only when I saw the back translation did I see how close we were to a major lawsuit and to the entire agency getting fired,” he says.

Kara Alaimo, Ph.D., is a global PR consultant, assistant professor of public relations at Hofstra University, and a former communicator at the U.N. and in the Obama administration. Her book, Pitch, Tweet, or Engage on the Street: How to Practice Global Public Relations and Strategic Communication, was published by Routledge in August 2016. Follow her on Twitter: @karaalaimo.