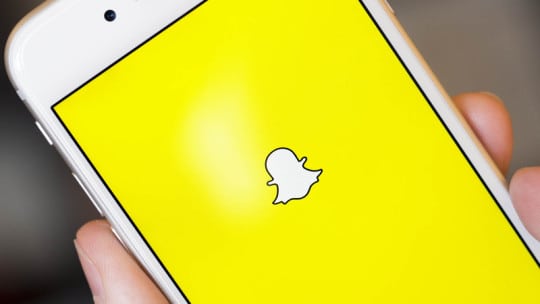 Your brand can ignore Snapchat if it wishes. Yet with 10 billion daily views and growing (it was 8 billion just a few months ago), concentrated largely in a very young, highly desirable demographic, it might not be the greatest idea.

Still, even if the brand is on the Snapchat sidelines, decide today on a Snapchat handle for your and reserve it, he says. “The last thing you want to do is lay out your Snapchat strategy for C-suite executives and then have to tell them your brand’s name already has been taken.”

Another tip for PR pros whose brands elect to pass on Snapchat: Educate your executives now about the channel. While the CEO might not want to engage the brand on Snapchat today, “You don’t want the neighbor’s kids educating the CEO about Snapchat,” Donovan says.

Once your brand decides to commit to Snapchat, though, make sure you have a coherent strategy for it. Decide where you fit in on Snapchat, he advises. Do you want to use Snapchat to advertise, to recruit, to tell stories? As you would with any PR initiative, think strategically about your goals before diving in, he adds.

For Laura Wilson, director of digital engagement & social media, Georgetown University, having the brand active on Snapchat is a bit of a no-brainer. Again, it’s those 10 billion daily views, including 60% of U.S. high school students (read prospective Georgetown students) using it at least once daily. Similar to the White House’s reasoning for starting a Snapchat account, “It’s about meeting people where they are,” Wilson said.

Wilson has 13 Georgetown students, who are paid, producing Snapchat content, mostly profiling their day. "A day in the life” makes for strong content on Snapchat, she says, and it's a good way for brands to get started on the platform. Amazon has done something similar, showing staff members doing fun things at their office, she says.

Another winner for Snapchat, she says, are live events. Wilson showed attendees Snapchat content featuring a Georgetown cheerleader. The cheerleader took viewers behind the scenes at the Verizon Center hours before a Georgetown-Syracuse basketball game. “This is a view most people won’t ever see,” Wilson says.

Wilson also touted using coupons and incentives on Snapchat. For example, GrubHub did a series of snaps where a pizza pie was slowly disappearing, slice-by-slice. At the end of the series the bottom of the pizza box showed a coupon for a discount on GrubHub.

A few creation hacks she recommends that will greatly improve a brand’s snaps:

Finally, she advocates measuring and tracking your brand’s Snapchat activity. She also touts the use of hyperlocal geofilters, which are relatively inexpensive and can be used by brands even if they don’t have a presence on Snapchat. Recently introduced, geofilters "communicate the when and where of a snap," Wilson says. If a Snapchat user is posting from a particular area, say on a part of a college campus, he or she can choose a filter that will place their snaps in a border with a brand's name on it and message on it.

For example, J.P. Morgan Chase used such a geofilter on the day of Georgetown's graduation, Wilson said. The cost "is a lot less than you'd think," she said, noting the price is decided in an auction style. We're not going out on a limb when we guess eventually the price a geofilter on prime real estate such as a college campus on graduation day will rise.