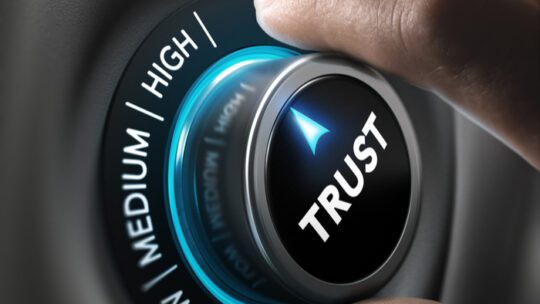 Editor's Note: One of the memorable lines in the new "Top Gun: Maverick" film is a variation on Nike's "Just Do It." In the film, pilots are reminded their training is excellent, rely on it, trust yourself. "Don't think, just do," Tom Cruise's character tells pilots as a confidence boost.

Similarly, Bridget Paverd, founding partner, GillespieHall (GH), now a consultant at Slice, which acquired GH Jan. 4, sees part of the crisis consultant's role as imparting confidence, through training and planning. As a result, executives can, as she says, "go out there" and establish a narrative promptly.

Other takeaways from this lightly edited interview:

PRN:  A scenario. I’m a communicator without much crisis training and we meet at a cocktail party. What crisis tips do you want me to walk away with from that conversation?

Paverd: Rapid response, immediately own the narrative, be truthful and empathetic, because we've seen so many manufactured, contrived apologies. Nobody pays any attention to [that kind of] apology anymore.

But when companies and organizations are empathetic, show vulnerability, fear and shock…audiences and stakeholders are much quicker to forgive.

And the moment your spokesperson makes his first statement in response to the crisis is the moment recovery starts. That is a golden moment.

What happens too often is that principals or spokespeople tend to retreat because they almost can't believe this is happening and abdicate responsibility [for the narrative]. So, that's a missed opportunity.

PRN: What’s your role as an instructor at Wharton and in professional practice?

Paverd: We try and give them courage to get out there and do it [during a crisis].

Paverd: No. Sometimes people come into my boardroom and say, ‘Make it go away.’ And we say, ‘No. You've actually got to stand in front of the media, acknowledge, recognize and get a statement out now.'

And do it with truth, empathy and speed. Precision of course, too. But get out there....

PRN: OK, we don’t want to criticize the parties directly too much, but we just had a situation with pro football, where a major decision took a bit more than 60 minutes. With hindsight, making this decision in real-time, with 24 million people watching on TV, so quickly was pretty good.

On the other hand, someone might have issued a holding statement, showing empathy for fans and players. And asking fans please stand by during those difficult 66 minutes as medical responders were working diligently.

Paverd: Right…. It was another example of a missed opportunity to get out in front…at least give your audience something. In fairness, I don't know all the ins and outs of that situation, but…[it seemed] there were so many opportunities to step forward [and speak]….It's something I'm sure we're going to use as a case study.

PRN: So, in a similar situation, you’d advise promptly issuing a short statement: ‘We're looking at this, we'll get back to you as soon as we have more information. The player's health is our top priority.’

Paverd: Absolutely. Just get out there…you don't have to know all the information. But you can promise your stakeholders and audience, ‘We will update you the moment we know more’ and be there for them.

PRN: And as you know, during the silence all sorts of misinformation and disinformation emerged. One concerning resuming the game, after a 5-minute warm-up. There's controversy about that. Another linked the injury to Covid vaccines.

Paverd: Yes. Conspirators always will get their messages out there. So, companies and organizations must at least have the credibility to say ‘we were out there first because you really matter to us.’

PRN: You advise colleges and universities about crisis. Gene Grabowski says they can be difficult in a crisis because there are so many different groups of stakeholders. Agree?

Paverd: Yes. With universities, it's a case of disciplining the process.

PRN: Getting all the stakeholder groups to understand crisis response and what needs to happen?

You know, you had this dreadful situation in Idaho [where four college students were murdered Nov. 13, 2022]. I was searching for a comment from the university’s president.

PRNEWS: You shouldn’t have had to search.

Paverd: Exactly. There was nothing [for three days]. So, it's almost as if they’re in complete denial…. Our philosophy is, if you get out there, you own the narrative and you can help. That's how we recover. That's how we heal, when leadership shows us, ‘This has happened and this is what's next.’

PRN: What is essential in the statement?

Paverd: Encapsulate the urgency, but also make sure that your core values are always in your statement. Remind people why they love you and why they're loyal to you. That juxtaposition seems extremely contrived, but it’s not at all.

PRN: So, why do some leaders and organizations hesitate to get out there during a crisis? There are legal issues, of course, but why can’t they issue a brief statement of empathy? ‘We feel awful. We’re helping the police in any way we can.’

Paverd: You have to be groomed [to make a statement] …they feel vulnerable, unsupported [and]…it's a genuine fear…. So, you must empower people, give them permission to actually say, ‘This is okay. It's going to start here.’ This is where recovery begins.

PRN: This is why third-party crisis consultants exist?

Paverd: Yes. So, when crises occur, [executives have a plan] and they’ve been drilled and media-trained.

[In part II of this interview, we ask about the pros and cons of large vs modest crisis firms. Also, we ask how Paverd begins when she's dropped into an ongoing PR crisis. We will publish part II shortly.]