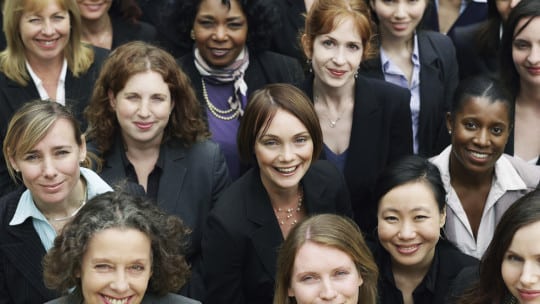 In a column last week, David Leonhardt of the New York Times called out himself and fellow journalists for the shortage of women’s voices in media.

Despite his focus on equity, Leonhardt observes he is not quoting enough women. To his credit, he has taken significant steps to rectify this. But, as he notes, there is a more pervasive problem: a gap between what journalists seek (expert sources) and their determination to make sure women are among those expert voices.

As PR pros are one of the gatekeepers Leonhardt mentions, we need to look at our roles in furthering or changing a male-dominated dialogue. We must work to identify, empower and aid women in using their voices.

Set goals: One brand’s tagline is, “If you’re not assessing, you’re guessing.” We need to put ourselves under the same microscope and keep track of what we’re doing. Are we challenging ourselves on gender metrics, offering women as spokespeople at the same rate we offer men? At least 50% of proposed spokespeople should be women. A no-brainer.

Challenge management to identify women experts: Leonhardt rebuts the belief that the lack of women in news stories is due simply to the predominance of men in leadership positions. Several years ago, we worked on a project to explore the prospect of a future Winter Olympics based in Northern California.  At that time men captured an outsize share of the spotlight in Olympics promotion. Against the wishes of several (male) board members, we urged a deliberate choice to appoint a woman spokesperson. The media response was overwhelmingly positive, and polling numbers were highly favorable.

Prepare women to push topic boundaries: It’s not just that more women need to be quoted in stories, they need parity in business, government and sports stories—realms traditionally considered to be male. It’s rarely true there aren’t women available to speak to the media. It is true they aren’t always utilized.

Help expert women tear down self-imposed barriers: In response to Leonhardt’s column, New York Times reporter Sheila Kaplan tweeted: “One factor that makes it tough for me to quote more women: They typically do not want to be quoted on an issue unless they know more about it than any other living human. Few men think twice about that. They just talk.” To counter that, we often mention a study from Albert Mehrabian that 55% of meaning is derived from facial expressions; 38% from how words are said; and only 7% from the actual words. Generally, women and men excel in a media setting when they understand the broader dynamic of spokesperson credibility, are well prepared and feel confident they have a right to be heard.

When women achieve promotional parity and are widely used as sources, we must also ensure their positioning is gender-consistent and call out reporters (with editors when necessary) when it’s not. Bias may be intentional or accidental—either way it’s unacceptable. Years ago, the spokespeople for a trade association—a woman and a man—frequently were quoted in a major newspaper. Yet one of spokespeople's quotes invariably were coupled with judgmental adverbs: “…answered sharply” or “tersely responded.” Guess which one it was?

When we challenge ourselves to achieve gender equity with brands we work with, the resulting balance in media will empower the next generation of leaders to use its talents equally as well.