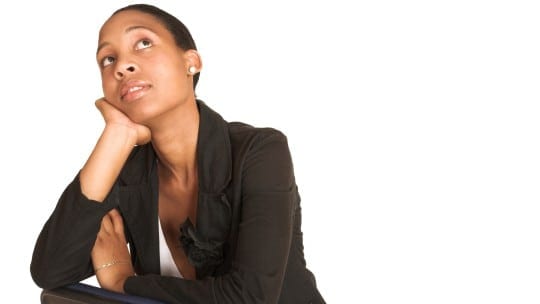 [Editor’s Note: In the Young Voices series, PRNEWS profiles new communicators who discuss their views of the industry, skills and what they wish they’d known before beginning work. If you’d like to suggest a communicator to profile (fewer than 10 years of PR experience), please contact: Nicole Schuman (nschuman@prnewsonline.com) or Seth Arenstein (sarenstein@accessintel.com). Today’s profile is Michael Galfetti, a senior associate in Washington, D.C., at Mission North. See the previous article in this series.]

Michael Galfetti has many characteristics found in young PR pros. He’s adept at social media. Scanning his Twitter feed, we were able to form a rough impression of him–his social and political views seem progressive, in line with many in his age group. He works hard, but also values life outside the office.

After digging deeper and interviewing him, a slightly different portrait emerges. He thinks before answering our questions; his cadence is measured and deliberate. The responses he provides contain insights we'd expect of a seasoned communicator. Did we mix up our interview schedule? Is Galfetti really this month’s Young Voices profile?

A note from Kaylin Trychon, a communication manager at Google who worked with Galfetti at Rokk Solutions, reorients us. “While Michael is at the beginning of his career,” she tells us, “he designs and executes communication campaigns with the ease and confidence of someone with decades of experience.”

So, we ask Galfetti what separates good PR pros from excellent ones. On this question he doesn’t hesitate: “Writing. It’s essential to almost any business function,” is his response. “In PR we have to write emails, press releases, tweets and any number of things that go out into the world and represent an organization or a brand. I’m definitely writing-first.”

In keeping with a PR hallmark–live your values–Galfetti’s already contributed posts to several sites, including prnewsonline. In a sample of his prose, Galfetti notes, “My strengths as a communicator are my writing, wit and positivity…I’ve found the key to success is quality. Tailored and high-quality columns, pitches and communication materials stand out in editors’ inboxes.”

Another plus in Galfetti’s favor is his insistence that solid writing and communication strategies are “borne out of research...and a plethora of data points.” Before beginning a project, Galfetti asks, ‘Who are the true thought-leaders on this issue? What are they discussing and who are they reading?’ “Taking the time to ‘get smart’ on an issue always yields results,” he says.

A tutor in philosophy at the University of Oxford during Galfetti’s junior year abroad prompted his interest in writing. “He was German, but always made fun of me. He’d say, ‘English is my second language, but you’re making errors in writing and you shouldn’t be. You really need to focus on that.’”

We ask for specifics. “He didn’t like when I gave agency to objects” that don’t have it. In addition, he pushed hard on grammar. “As a native English speaker, you think you understand the rules of grammar.”

Hoping to capitalize on any connection to “Flack,” the TV series that follows the scandalous antics of a fictitious British PR firm, we ask Galfetti if he gained PR experience while in England. No. Unlike some communicators, PR was not on Galfetti’s radar during his early college years. “I fell into PR,” the George Mason graduate and Phi Beta Kappa says.

As a college senior studying government and philosophy, Galfetti worked in a Fairfax, VA, restaurant, "making around $14/hour, which was nice.” He applied for a one-semester internship at APCO Worldwide. It paid $14/hour. “So, it worked with my budget.” His APCO internship led to a full-time position at the firm. “Before then, I had never written a press release. I never even thought about it.”

He’s happy with his career choice. “PR is dynamic and it only seems to be growing in importance.” He excuses himself for his limited view, then offers a take. “Organizations are being asked to articulate their value and their impact on the world in a way that feels new and vital to their success. That’s why I’ve stayed [in PR].”

Considering the pandemic has postponed in-person mentoring during a chunk of Galfetti’s PR career–his full-time APCO stint began in Sept. 2018–we wonder: Does he regret not studying PR in college? “I love my degree. I still read philosophy; it’s my interest. When someone is [pursuing] their interest [in college], they can’t go wrong.”

He loves classic philosophers. Aristotle is a favorite. His college thesis discussed the historian Thucydides (c. 460-400 BC), chronicler of the 27-year war between Athens and Sparta. For a contemporary read he likes Sir Isaiah Berlin and Charles Taylor.

[Editor’s Note: In the nearly 80-year history of PRNEWS, Galfetti is the first PR pro to name Aristotle and Thucydides as must-reads.]

Still, sometimes he’d like a journalism degree. “Knowing how newsrooms work is vital to doing this job well,” he says. He regrets that the pandemic has put newsroom visits, coffees with journalists and other experiences off limits.

On the other hand, he’s, er, philosophical about the pandemic. PR pros now have more time for passion projects, Galfetti argues. “Pursuing a passion gets your blood flowing…you’re a happier person…that makes you a better writer and communicator,” he says.

Besides philosophy, one of Galfetti’s passions is podcasting. With a friend, he’s started a podcast. This has immersed him in graphic design (for a logo), marketing, recording and editing, among other things. “There are so many aspects of PR involved” in podcasting, he says. “I think I’ve grown from it.”

Speaking of growing, one thing Galfetti and those his age think about is “the retention conversations” among senior communicators. What would he tell them? “Don’t give up on younger Millennials and Gen Z when it comes to retention.” He concedes the model of people spending years at one company “has been thrown out. I’m interested in why.”

If organizations want to keep people, they can, he believes. Galfetti admits rigid systems “that treat everyone the same” were created to insure equity. Still, he’d like to see senior communicators move to “a more customized, flexible model” for employee retention.

Back to Aristotle and Thucydides. Galfetti mentions his thesis focused on the latter’s speeches. In his thesis, Galfetti analyzed sentiment and form. See, he was a PR pro in the making.