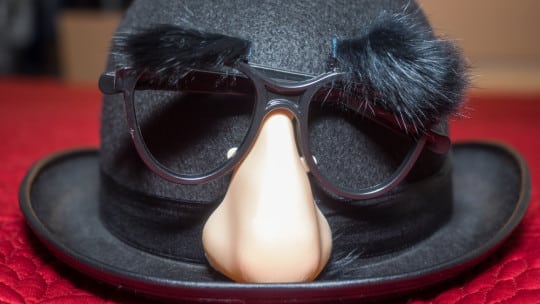 Humor can be an invaluable tool in a communicator's arsenal, but when used improperly or in poor taste it can be devastating to a brand's reputation. Take Wendy's winning Twitter presence: From responding to trolls with puns to writing up a mock Twitter profile, the fast-food giant has used humor in its social channels to win audiences and earned media alike. Then there's FAFSA's Twitter fail from 2015, when the federal student loan organization tweeted a quote from the film Bridesmaids ("Help me. I'm poor.") to describe the plight of incoming college students—a bad choice given the current landscape of student debt and college affordability.

It can be challenging to pick and choose when to use humor in communications, especially for well-known brands whose audiences religiously follow social channels and dispatches. In recent years, the White House—a brand unto itself—has used humor to great effect. President Obama has become known as "the first social president" (view the archive of his 250,000 posts here) for his ability to meet audiences where they spend most of their time: online. From his appearance on "Between Two Ferns" with comedian Zach Galifianakis to his disarmingly witty speeches, the president has presented a potent balance of humor and gravity, backed by a dedicated team of communicators and speechwriters.

David Litt, special assistant to the president and a presidential speechwriter from 2011 to 2016—now head writer and producer at Funny Or Die D.C.—notes one key to using humor in the president's speeches: "Surprising audiences can work wonders in the media landscape we have." He also adds the use of humor as an "attention reset" to "stop audiences from checking their phones" mid-speech.

At PR News' Media Relations Conference in December, Litt delivered a keynote address on using humor in speechwriting and in a social-dominated landscape. Doug Simon, CEO of D S Simon Media, interviewed Litt following his presentation (below), exploring the timing of effective humor and using humor as a tool in creating shareable, surprising content.