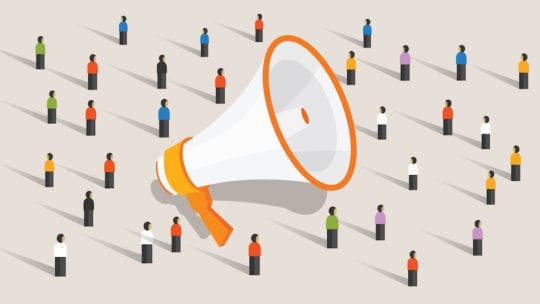 To celebrate Father’s Day it seemed fitting to revisit the history of the man dubbed the “Father of PR.” Like any father, Edward Louis Bernays was not without his successes, failures, and controversies. For 103 years, this master of public opinion helped shape what would become some of the cornerstones of PR.

The Bernays family emigrated to the United States in the 1890s, while Edward was a child. As the nephew of psychoanalyst Sigmund Freud, it was natural that Bernays would be apt to verbose narrative, deep thoughts and creative storytelling. Freud’s studies played a large role in Bernays' practices throughout his career.

After high school in New York City, Bernays attended Cornell University, and graduated with a degree in agriculture. Abandoning his major, Bernays forged into journalism. His first job was as a medical editor for the provocative Medical Review of Reviews and Dietetic and Hygienic Gazette. After publishing a story supporting a subversive theater production, and calling it “a propaganda play that fought for sex education,” Bernays became a press agent. His clients were artists, actors and productions.

World War I led to a job with the Committee on Public Information. He named this practice “psychological warfare.” His definition of propaganda was not intended as a negative connotation. He acknowledged it as a basis of PR in peacetime as well, while working for the Paris Peace Conference after the war.

Upon returning to New York, Bernays established one of the first PR businesses. In 1923, continuing his study of crowd psychology, Bernays wrote his first book, Crystallizing Public Opinion.

His PR work included projects for Proctor and Gamble, the 1939 World’s Fair, General Electric, American Tobacco Company, Army, Navy, and NAACP, among others.

One of Bernays' most famous campaigns included a project on Ivory Soap for Proctor and Gamble in the early 1920s. At the time, soap had a bad wrap. Kids detested bath time. Soap hurt their eyes and tasted terrible.

Bernays decided to create a new story for Ivory Soap. He also launched an events campaign across the country that invited local schools to encourage student creativity. More than 22 million students engaged in soap sculpture contests, changing their vision of soap from a negative to a fun positive.

The most PR “thing” one can probably do is rebrand the definition of propaganda as a tool for the public good. Based on Uncle Sigmund's research, Bernays knew the importance of studying the public mind. He saw PR as a way to bring order from chaos. His thesis was that a mass group would respond to organized messaging and eventually agree with it.

The goal of “Torches of Freedom,” one of his most guilt-ridden campaigns, was encouraging women to smoke. Bernays arranged for a group of elite women to smoke during the 1929 Easter Parade. This campaign for Lucky Strike also included window displays and fashion shows. Not coincidentally, the “fashionable” color of Lucky Strike's pack was prominent at the shows, which promoted a swarm of popular mentality.

Today we take for granted that the FDA must approve new products. And we rarely book a hotel without reading reviews. You may have Bernays to thank for these practices. In the 1920s the Beech-Nut Packing Company was looking for a way to sell more bacon. Known now primarily for baby food and chewing gum, Beech-Nut was a purveyor of many other edible goods, including bacon.

Bernays decided to bring in a third-party consultant, a doctor, to determine if bacon was a reasonable breakfast food. At the time, Americans ate very “European” breakfasts—a light coffee and a roll. Bernays spun the messaging to account for a heartier breakfast being healthier. Doctors of the time agreed, the media was notified, and the modern bacon-and-eggs breakfast was born.