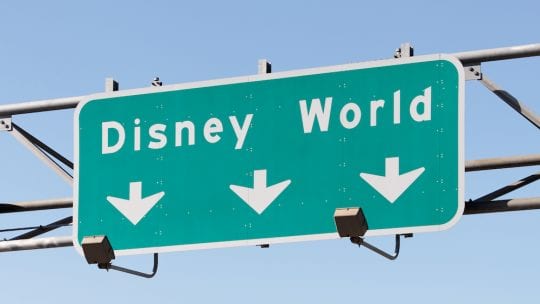 In an opinion column for the Orlando Sentinel titled “I love Disney World, but wokeness is ruining the experience,” Jonathan VanBoskerck expresses his frustration with the theme park. Newly relaxed policies around employee dress and changes to rides like Splash Mountain, VanBoskerck claims, show Disney has taken a politically motivated “woke scalpel” to the park. These moves, he writes, ruin the immersive atmosphere VanBoskerck has long treasured. VanBoskerck is chief deputy district attorney for Clark County, NV.

Melissa Vela-Williamson, APR, a specialist in diversity communication, is unsurprised.  “If you are changing your products to be more aligned with present or future social good, your fans may question it,” she acknowledges.

Wendy J. Roundtree, APR, founder and chief storyteller at Jarel Communications, notes the word woke—that VanBoskerck uses provocatively in the headline and throughout the article—often is misappropriated by white commenters.

The term woke “is meant to bring attention to injustice, not something that personally upsets us.” Roundtree adds that while shifts toward racial equity and inclusion might make some, like VanBoskerck, “uncomfortable,” brands in Disney Parks’ position “shouldn't be criticized for making changes that reflect social progress.”

In case anyone doesn't wanna read the article, he's furious that Disney World staff no longer have to hide their tattoos and it ruins his "childlike immersion" https://t.co/965FAPcoci

VanBoskerck takes issue with Disney World’s new allowances for employees to express themselves with tattoos, pins, hairstyles and other displays of individuality that he doesn’t think belong in the amusement park workplace.

“The spell is broken,” VanBoskerck writes, adding Disney’s new policies distance customers like him from founder Walt Disney’s values, including the franchise mogul’s “patriotism during World War II and his pro-capitalism beliefs.”

On the other hand, Roundtree sees the ability of employees to express themselves as integral to workplace inclusion. Roundtree, who says she was once asked if she could "tame or relax" her afro at work, commends “organizations taking steps in the right direction.” She adds, “Brands that don't make these changes will get left behind.”

“To ignore an outcry from a large number of your consumers on social media around racial and social justice issues is to foreshadow a potential loss in positive brand perception (brand affinity) and profits over time,” she argues.

Dwayna Haley, SVP and practice director, brand innovation and impact at Porter Novelli, points to February 2021 research from her firm noting that "today’s culturally conscious consumer, especially Gen Z, expects brand activation and commitment to social justice…Americans stand by companies who demonstrate a tangible commitment, with over 66 percent believing it's no longer acceptable for brands to be silent.”

Merritt agrees that Disney is looking to reach audiences outside those that align with VanBoskerck’s persona. "The reality is that no brand is going to please their entire consumer base 100 percent of the time.”

Splash Mountain—which features elements of “Song of the South,” a 1946 Disney film centered around Reconstruction-era racial stereotypes, including minstrelsy tropes—soon will be re-themed to the Mardi Gras celebration in “Princess and the Frog.” That film notably introduced Disney’s first Black princess to audiences, and is set in 1920s New Orleans.

So, how should a brand proactively respond to backlash against racial equity and inclusion?

“If the organization needs to explain their new direction better, they can post a statement on their brand’s social media channel, create a blog article, or work with journalists to help educate consumers on the topic,” Vela-Williamson stresses.

Indeed, in a statement published to Disney Park-focused publication "Inside the Magic," Carmen Smith, who leads inclusive strategy for Disney's creative development arm, heralded the change. Smith refers to the Disney team as “constant learners” who “go to great lengths to research and engage cultural advisors.”

Haley sees the move as a combination of ethical considerations and mitigating future risks.

“It's a moral and business imperative to drive with Purpose or face a cancel culture campaign,” she says. Disney World may indeed lose the VanBoskercks of the world as customers, but earn the respect of patrons of color, including Merritt, who spent many childhood vacations at the Orlando theme park.

“As a Disney World patron, a black woman, and a marketer, I am ecstatic that the company is looking to be more inclusive,” she says.

“While there are many adults who frequent the park, we must remember that those adults are often accompanied by children, who deserve to see themselves and a true representation of their culture reflected in the Disney experience. It is only then that Disney World and the company at large will live up to its moniker of being the 'happiest place on Earth,’” Merritt concludes.

For brands that risk cancellation or blowback around inclusivity and racial equity, Merritt and Vela-Williamson offer the following: