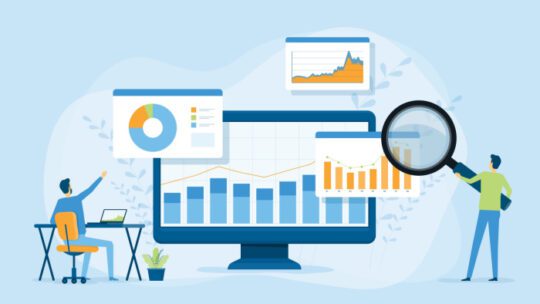 We begin this month's data roundup examining a sobering survey of 850 communication and journalism programs.

Some people see media members and communicators as having a symbiotic relationship. Moreover, ‘think like a journalist’ is an oft-repeated phrase in the PR pro’s world. As such, data about media members are relevant for PR pros.

The first datapoints come from Georgetown University’s Center on Education and the Workforce’s Stop the Presses: Journalism Employment and the Economic Value of 850 Journalism and Communication Programs.

Much Better News about News

Knowing there are fewer journalists and a larger cadre of PR pros–PR positions will grow 8% from 2021 to 2031–you might conclude it’s harder to garner responses for pitches.

Indeed, Propel’s Q1 2023 Media Barometer finds journalists responded to not quite 3% of 500K pitches sent via its platform in Q4 2022. That’s a 20.6% decrease from the previous quarter.

Propel suggests the downturn has a strong correlation with“mass layoffs…at major outlets,” such as Buzzfeed, CNN, Gannett and the BBC.

So far, journalists haven’t fared better in the New Year, with editorial layoffs this week at Adweek (-10%) and earlier at NBC/MSNBC. Plans for layoffs at The Washington Post were announced  late last month, with the first cuts coming earlier this week.

Speaking of keeping things tight, OpenInfluence’s Nov.-Dec. survey of 150 brand marketing leaders about their work with creators/influencers shows short and small are in. For example, results for the most common form of creator/influencer content:

On the other hand, small doesn’t always work. For all the talk about micro-influencers being the way to go, brands still look at number of followers more than anything else, though engagement rate is close:

Not a big surprise with most popular platforms for creator/influencer marketing, though TikTok’s growth is impressive:

You’ve Got My Vote

The jury’s out on how deep business should weigh in on politics and social issues, if at all. However, Gen-Z and Millennials often are most interested in having businesses take stands. Still, the findings in a Morning Consult survey of 3,000 employed voters that Bipac sponsored were somewhat surprising. The survey was fielded Nov. 10-13.

Age-skewing was apparent when respondents were asked whether they “trusted” their employer to “provide information about elections or candidates in a non-partisan manner.” Those saying yes: