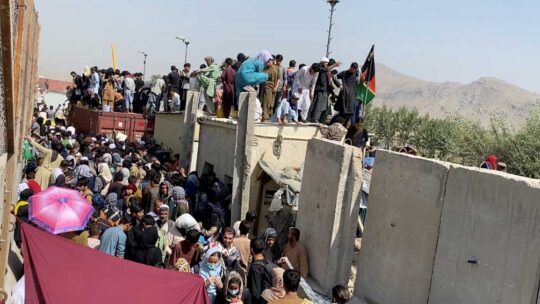 As the withdrawal from Afghanistan continues, many individuals, religious groups and charities/nonprofits are addressing the associated challenges of relocating tens of thousands of fleeing refugees. In addition to the military's leadership, private enterprises and public companies are stepping up. In a bold move this week, Airbnb said  it will assist 20,000 refugees with free, temporary housing.

First, a legitimate CSR effort helps solve a social challenge. With thousands departing Afghanistan daily, and many more attempting to do so before August 31, the social challenge is clear.

Second, a successful CSR initiative requires a company that can make a significant difference on an issue. For example, a company must possess the expertise, resources and drive needed to attack an issue.

Again, based on its business model of some 4 million hosts, Airbnb seems well placed to provide temporary lodging to Afghan refugees. In fact, it began helping last week, providing temporary stays via the Airbnb platform for up to 1,000 arriving Afghan refugees. It also gave emergency funding and support to the International Rescue Committee, HIAS and Church World Service.

As Steve Shur, president, Travel Technology Association (TravelTech), says, “This is nothing new for the travel industry...Airbnb, VRBO, and others have implemented disaster relief and humanitarian efforts when the need arises.”

Airbnb's CEO Brian Chesky displays the necessary drive. In a tweet, he urges those interested in hosting refugees to "reach out and I'll connect you with the right people here to make it happen!"

Third, CSR must align with corporate values. There must be a why behind a company's choice of a CSR effort. As Airbnb's Chesky tweeted, "The displacement and resettlement of Afghan refugees in the US and elsewhere is one of the biggest humanitarian crises of our time. We feel a responsibility to step up." He's urged other companies to do the same.

If you’re willing to host a refugee family, reach out and I’ll connect you with the right people here to make it happen!

More Than a Check and a Press Release

Airbnb’s example proves that when it comes to effective CSR, writing a check and issuing a press release simply aren't enough. While not every business can make a contribution as large as Airbnb's–and note, even Airbnb isn't working alone–they can match the spirit of giving–and have every reason to do so.

In addition to helping solve a legitimate issue, CSR can be a business investment. CSR can increase  awareness of a company, not to mention its sales and share price. When communicated effectively, CSR can attract customers, open markets and instill a sense of pride among employees and customers. Look at the work of Milk Stork, a modest CA company that shipped 21 gallons of breast milk from athletes competing in the Tokyo Olympics to the US so their kids could continue nursing.

Still, these are secondary considerations. Companies' CSR work should begin from a sincere and inspiring place. Again, the keys are offering a solution to a societal issue(s) and the ability to effect change.

“Authenticity, natural alignment and impact of philanthropic initiatives are often difficult to achieve,” says Jennifer Bahrami, global head of communications & marketing at International Baccalaureate.  The Airbnb effort “is a great example of when a brand and its leadership are aligned around mission, values, and culture and can leverage that to create impact as quickly as the events on the ground.”

While it may be overused (legitimately good advice should be), Fred Rogers's guidance for children to “look for the helpers” when seeing disturbing news on television is especially fitting given the Afghanistan withdrawal. The United States military (and supporting contractors) are performing heroically to evacuate Americans and those supporting its mission–despite immense challenges and threats.

Back home, Airbnb and its hosts are making a difference too. Hopefully, they will inspire other companies to pitch in now and take their future CSR efforts seriously too.