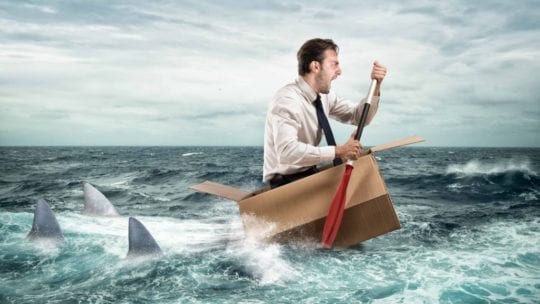 Several facets of crisis management get a lot of attention, including having a crisis readiness plan and practicing it periodically.  There are less-heralded components of crisis, though. In this interview with veteran PR pro and educator Terry Hemeyer, we explore the crisis pro's demeanor, pivoting from a plan and handling false narratives.

Jack Holmes: How important is a calm, patient exterior during a crisis?

Terry Hemeyer: Leaders who remain calm and patient during a crisis are better equipped to put their internal team more at ease and boost their confidence. Many crisis situations result in executives and team members getting stressed out and panicking. They realize their careers and companies might be at risk. In those situations, the decisions they make typically are affected.

No doubt, there is a lot of pressure to make decisions quickly during a crisis. You need to fight that. Make sure what you are saying has considerable thought behind it.

Holmes: What does it mean to 'fail fast' while managing a crisis?

Hemeyer: Although it’s important to be prepared with a plan and conduct drills in advance, today’s warp speed environment can cause situations to change quickly and erratically. This will create problems you’re not prepared for. That's why it's  key for crisis teams to be adaptable.

For example, if a false narrative emerges on social or in traditional media...your well-thought-out, approved strategy might become irrelevant. You’ll need to fail fast–discard it–and pivot quickly, utilizing a crisis team composed of smart, analytical people. If you stick to your original plan and leave incorrect information about the situation in the public eye, your organization could be damaged.

Holmes: How do you balance being swift to respond and transparent, while waiting to gather facts?

Hemeyer: First, being transparent quickly can help dampen a crisis, as long as you are confident your information is correct. However, if the information is wrong, your organization may never recover.

Sometimes you might receive non-factual information from sources, including employees and executives, who are trying to protect themselves or others from blame. Depending on the information they give you, those people can be your strongest asset or weakest link. Your team needs to triple check information to make sure it is absolutely accurate before releasing it publicly.

Holmes: What about the pressure to say something quickly?

Although it’s tough, you can’t let media deadlines control what you say, especially if you don’t have facts. If you need to say something, you can say that you are in the process of gathering information and will share those findings as soon as possible. Silence can be golden, and the truth can prevail in the long run.

Holmes: If false information gets out to the public, what's the best way to correct it?

Hemeyer: Create a Truth Squad. Appoint a team to monitor all public statements and media coverage. You cannot let harmful, inaccurate information about your organization go unanswered. It will continue to hurt you beyond the initial story. Chances are multiple media sources will pick up the information and report it as fact.

If something is factually incorrect, the Truth Squad needs to contact the publishing outlet and get it corrected as soon as possible. This applies to traditional or social media.