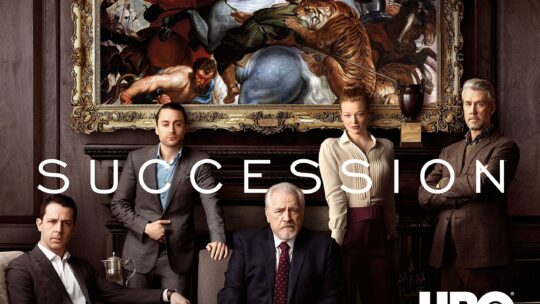 With the return of HBO’s “Succession” next month, I remember at least one teachable communication moment from the second season.  In episode six, a magazine writer approaches the leaders of fictitious Waystar Royco with a story of sexual harassment and abuse within the company. The story could tank Waystar’s pending acquisition of a prized company.

So, what did Waystar do?  First, it threatened the publication with a lawsuit if it ran the story and then tried to stall the reporter.

The media outlet, of course, responded by moving up the story’s timeline, ruining Waystar’s acquisition deal. It was only after the horrific story ran that the Roys, the family running Waystar, considered a legitimate PR strategy.

The Roys’ instincts were not dissimilar to what we see from real corporate leaders. Trying to quash a story seldom works. And it often makes things worse.

Here are PR basics that can help avoid such situations.

Bad stories rarely blow over or become tomorrow’s bird cage liner or fish wrapping. (I've heard these and more from executives.) Usually, such stories persist until the company deals with them directly. In addition, a bad story lives forever online. The longer a company waits to respond, the worse the damage tends to be.

The target of a negative story always should have a response. From the public’s perspective, no comment equals guilt. This does not mean you have to agree to an interview. A vetted statement that key players agree with can be enough.

‘We don’t need a crisis plan’

Companies should have plans that include procedures for handling negative stories. These can be included in your crisis communication package. When a negative story has growth potential, the response team should proceed with next steps, ensuring that a statement is ready promptly.

After the first cycle of news stories, determine whether or not you should update the statement and have a spokesperson discuss the situation with media.

Using a legal threat to stop a story

Legal threats, such as a libel lawsuit, almost never spike a story. As in the Succession example above, they tend to make media come at you harder. In theory, editors work to ensure a story is properly sourced and balanced, though it may not feel balanced to you. Threats rarely sway editors. They tend to believe that if you are making threats, you have something to hide.

Reporters usually work on stories with an editor’s or producer’s consent and direction. Trying to reach out to someone higher than the reporter, from an editor or managing editor to the publisher, rarely works. Again, it likely will embolden the journalist.

Trying to lie or mislead

Yes, a cardinal rule in life applies to such situations: tell the truth. The cover-up is worse than the crime, every time. Obfuscating causes journalists to dig deeper, and if a smoking gun is there, they will find it.

Obviously, be strategic about what you release and when, but to have any credibility with key audiences, material must always be factual.

Managing negative news has become harder today because of a rapidly evolving and highly competitive media landscape, a news cycle with perpetual deadlines and social media sites that can spread information in a split second.

In the last scene of the aforementioned Succession episode, the powerful tycoon is seen banging on the windows of a limo and begging the head of the other company to reconsider the acquisition. But his counterpart knows the influence of the negative story. Her answer is no deal.

Had the Roys started with a proper PR response, the two CEOs would have inked a deal and sipped champagne. But that would not make good TV.

David A. Ball is president and founder of Ball Consulting Group, LLC