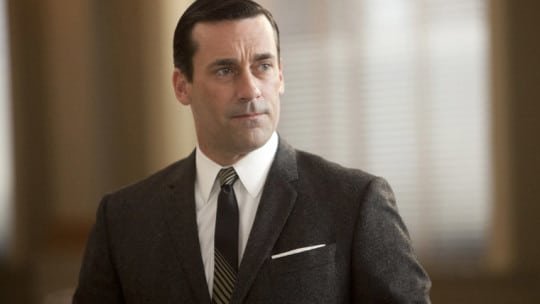 By now you’ve heard the Don Draper line more than a few times: “If you don’t like what is being said, then change the conversation,” (Mad Men, season 3, episode 2).

While it’s inadvisable to take business advice from a fictional TV character, the concept has merit. It is used in PR regularly. Just weeks ago we ran a sidebar on pivoting, or bridging, a technique for changing the conversation when a media interview has headed into dangerous territory. While no pivot word or phrase works every time, some of the words recommended in the article, by Andy Gilman, included “but” and “however.” Phrases used include “Actually, that’s not the data we’ve seen,” or “I can’t answer the first part of your question since I’m not our best expert on that subject, but here’s what I can say…” ( PRN, June 27). [Note to Subscribers:See examples of good and bad interview techniques, as well as other media training resources, at the PR Pro Essentials page: https://www.prnewsonline.com//pr-news-pro-essentials/]

Then there are attempts to change extended conversations about brands. You can use an ad campaign, supplemented by a new logo. That’s what Subway did August 5. Or resort to the explosiveness of online videos.

Chipotle, which has been battling the aftereffects of several well-publicized E.coli incidents that began last Halloween, opted for a video in early July. You can see it at: https://www.youtube.com/watch?v=nKleQ1MXMCs.

While the official line from Chipotle is that plans for the video pre-date the E.coli outbreak, it’s reasonable to assume the video, A Love Story, was an attempt to shift the conversation.

With that in mind we asked TrendKite, a Texas-based media tracker, to run an analysis of media and social mentions, key messages and headlines to see if the plan worked. The data, generated exclusively for PR News Pro, could also determine how long a crisis can linger in the media. The stock market, however, has a quick way to calculate this: Chipotle shares are down nearly 50% during the past year.

As we know, once a crisis has erupted it’s hard for the media to leave it or a brand alone. Chipotle is a textbook example of this. In early July its chief creative and development officer, Mark Crumpacker, the man tasked with creating the look and feel of the post-crisis Chipotle, was named in an indictment involving a cocaine ring. Needless to say the headline writers had a field day with this one. The story probably doesn’t receive top coverage had it not been for the E.coli incident and Crumpacker’s role in attempting to re-route Chipotle’s ship. Chipotle moved quickly to put him on administrative leave. Incidentally, that’s when A Love Story was released.

Then, on Aug. 8, the brand lost a case in Washington, D.C., where a former female employee charged she was fired for being pregnant. She was awarded $550,000. That story gave media the opportunity to note several other similar cases where female employees defeated Chipotle in cases involving their gender, one in California and the other in Ohio. Again, do these stories make national news without E.coli? Probably not.

Getting to the TrendKite data, they show that for the past six months, E. Coli has owned a consistent 25% of Chipotle’s media coverage [see chart 1, page 2]. Mentions of the E.coli crisis have spiked higher with every new piece of Chipotle news, including articles driven by negative events such as the Crumpacker story. In the last 90 days, negative PR coverage of Chipotle dominated 82% of all the brand’s coverage [see green line, chart 2, page 2]. The video made a ripple, but died quickly [see yellow line, chart 2, page 2].

It was a natural, and we’d argue smart, idea on Chipotle’s part to try to change the conversation with positive coverage around the A Love Story video. Unfortunately, as the key messages chart shows [top, right], A Love Story failed to change the media conversation. Instead, additional coverage continued to amplify the E. Coli story. “It’s a great attempt at changing the conversation, but the first three key messages resonating are negative. The fourth, free food, Chipotle’s coupon-based giveaway program, is still overwhelmed by the negative coverage…and A Love Story barely registers, getting less than 10% of the coverage that E.coli continues to get,” says TrendKite VP Russ Somers.

The lesson for communicators? “However much you want to change the subject, you have to acknowledge the conversation that’s going on and become part of it, rather than simply trying to start a new one,” Somers says.