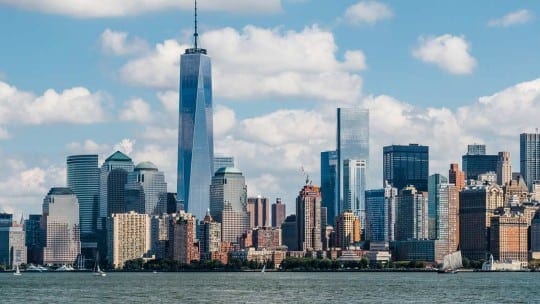 We’re living in an unusual time when a company owned by the world’s richest man scraps plans to build a second headquarters in NY City and it isn’t the lead news story. That a story about Amazon paying $0 in federal tax on $11 billion in profits was barely noticed is more evidence of this unusual era, too, but that’s another issue.

As we said in a previous article on the subject, Amazon's effort to build a NY headquarters became in large part a competition of communications. Here are a few takeaways.

Every Move You Make...I'll Be Watching You

When you're an iconic brand or work for one, public perception follows you constantly. It's akin to having a live mic around 24/7, not to mention someone with a mobile phone and camera. And then there's social media, where nothing is erasable. It's incredibly difficult to hide when you're in the big leagues, as a new member of the House learned recently. Act accordingly.

Even Amazon's cancellation of the deal yesterday is receiving scrutiny. Media coverage makes Amazon appear impetuous, which will likely tarnish the brand's reputation. Several reports have Amazon making the decision to depart quickly. Fine. Communicating it to partners haphazardly was not so fine.

I Hate Surprises...Stay on the Same Page

Surprising your supporters, as Amazon reportedly did, is seldom a good tactic.

Sure, business moves quickly and decisions sometimes are made in an instant. Still, Amazon's communication of its exit left some supporters feeling betrayed.

Speaking of surprising your supporters, Amazon made other decisions, including one that should have helped, but faulty communications got in the way. When the Amazon deal began to face stiff resistance, the company made like a good neighbor and said it would subsidize computer classes in 130 NYC public schools. A good move.

Too bad the classroom effort caught some Amazon partners off guard, according to media reports. It blunted some of the intended good will. In addition it made the Amazon "side" seem uncoordinated, which is also a bad look.

Partnerships such as this are increasingly common in the business world. Even a behemoth like Amazon needs partners. It's important for communicators and C-suite members to remember that having partners means you're playing a team sport. Prompt internal communications with partners is essential to maintain good relationships.

Yes, we're aware that internal communications is one of the least-appreciated tasks of the PR pro. Perhaps that's why communicating with coalition partners sometimes gets second-class status.

You sometimes hear groans when speakers at PR trade events begin their talk with the advice about knowing your audience, which we'll expand to also knowing the market. Thing is, this maxim is a maxim because it's critical.

While more details will come, Amazon seems to have misread the resistance. It didn't know enough about its audience. In fairness, it seemed a David vs. Goliath situation initially. A slam dunk.

Did Amazon underestimate the opposition's might and its main points of contention? It seemed to miss totally on the union question. Was overconfidence at work? Did it expect NY to be like Northern Virginia? As you know, Virginia is dealing with other issues at the moment, though its Amazon 'package' has existed under the radar from the start.

Amazon thought it was doing good when it promised to bring 25,000 high-tech jobs falls to NY. Unfortunately, that promise loses some of its zing when you haven't a shot at getting one of those jobs.

Paying for computer classes in schools is great, but Amazon failed to realistically address many of the economic and social issues its move to NY would involve. A big issue it missed on was addressing stories from Seattle and San Francisco, where people making good salaries reportedly are struggling to live decently.

This takeaway is related to the one above, about knowing your audience. With tax season looming, the optics of NYC providing tax incentives to history's richest man was almost a no-win situation. The story about Amazon paying zilch in federal taxes in 2018, inflamed an already raging fire.

It's easy to say Amazon should have finessed some of these points, but how? Perhaps a well-communicated comprehensive giveback that addressed a large variety of issues facing NY might have worked. Perhaps Jeff Bezos might have been more visible. Would reaching out to Mayor deBlasio and Governor Cuomo directly have worked? How about Bezos meeting with key resistance figures?

The only sure thing is that the story of why Amazon failed in NY will provide plenty of material for PR pros, PR teachers and students to discuss in the months and years ahead.