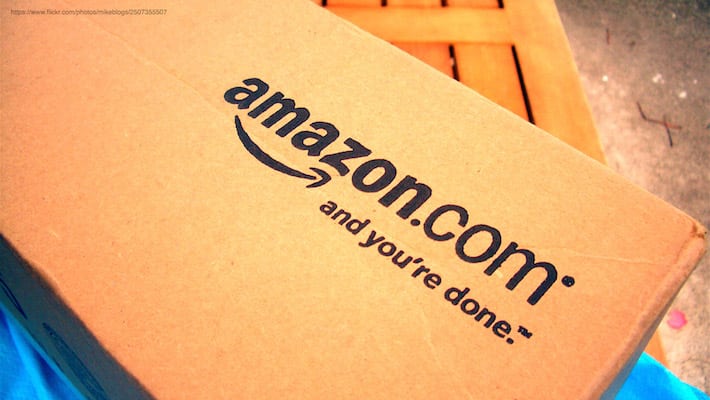 Things are getting testy in NY.  Amazon is feeling unwelcome as it negotiates building a second headquarters in the Big Apple. The cakewalk deal seems anything but at the moment.

Resistance to the deal in NY has brought communicators and communications to the center of the proceedings. As a result, the saga, which is a critical story to many New Yorkers, has become fascinating watching for PR professionals. No doubt it will spawn several theses for graduate-level students in PR and communications. (Another topic: Why is VA so accepting of Amazon thus far?)

On one side in NY is the anti-Amazon group, which Monday (Feb. 4) received a large boost. That's when the state's temporary senate leader, Andrea-Stewart Cousins, appointed her number two, senate speaker Michael Gianaris, to the Public Authorities Control Board.

Amazon has gone on offense to counter the resistance. Deploying a staple of PR, the brand is busy reciting its narrative. Part of the narrative is printed on postcards and fliers. Sent to New Yorkers, the mailers tout 25,000 jobs Amazon is promising to bring to NY. Amazon representatives also are schmoozing small-business owners in the NY area. Its line is that Amazon and small-businesses can co-exist.

Some of the Amazon cards feature a photo of NY landmark the Unisphere with the retailer's smile logo superimposed over it.

Senator Gianaris sent out cards too.  On his cards, superimposed over Amazon's graphic of its logo on the Unisphere, were large, red letters, reading: "Get your logo off our landmarks!" The senator's postcard also says Amazon's claim of 25,000 jobs is bogus.

On the other side, of course, are Amazon communicators (and lobbyists). They're working hard to make it seem that NY-area citizenry will benefit from the move. Several factors are making it harder for them to make the case that the company will be a good neighbor.

Another uphill climb for Amazon PR pros is the retailer’s reputation with workers. For example, Amazon is accused of fostering harsh working conditions in its distribution centers. Stories from Europe claim workers are forced to forego bathroom breaks in order to meet quotas.

Workers at Amazon outlets in Europe went on strike against the company over the summer and then again in November. Unions represent Amazon's European workers.

Never Say Anything in Public that You Don't Mean

Speaking of unions, late in January, Amazon admitted it doesn't favor allowing its NY workers to unionize. That wasn't a big help for Amazon's cause, though the company gets points for authenticity.

The admission, from Amazon public policy VP Brian Huseman during a public hearing, put unions supporting the deal and NYC Mayor Bill de Blasio in a pickle.  A union supporter, the mayor also thinks the Amazon deal will be an economic boon for NY.

His response to Amazon's stance was memorable: “This is my message to Amazon: Welcome to New York City; this is a union town. There’s gonna be tremendous pressure on Amazon to allow unionization, and I will be one of the people bringing that pressure."

We hope he meant that. Chances are he'll be asked to defend that position one day.

Avoid Losing Your Cool in Front of the Opposition

Making threats is a dangerous game. Amazon executives haven't made any, but they seem to be going up to the edge. In testimony at a NYC Council meeting in December, Huseman, according to the NY Times, "referred obliquely to the company’s displeasure at the local opposition...and appeared to entertain the idea of backing away from the deal."

“We were invited to come to New York, and we want to invest in a community that wants us,” Huseman said in prepared testimony, the Times reported. Them's not exactly fightin' words, but they're close. Should be interesting.