Instagram began in late 2010 as a platform for photographers to display their work. It’s still largely a visual platform, yet the majority of its users aren’t professional photographers. The Facebook-owned channel boasts 73% of young U.S. adults (ages 13-24), with only Facebook (76%) and Snapchat (79%) topping it. And, as we know, an older demographic is powering growth at Facebook; the social media behemoth is expected to lose U.S. users aged 12-17 and 18-24 5.6% and 5.8%, respectively, in 2018. All told, 2 million U.S. users younger than 24 will depart Facebook this year, according to eMarketer ( PRN, February 13).

While that leaves Facebook with a very healthy 170 million daily U.S. users, Instagram also has something communicators and marketers value greatly: 80% of its accounts follow a brand while perusing the platform.

But with an estimated 40% of brands active on the channel, finding success has become a competitive sport. We asked several PR pros for tips and best practices. Our first question was about using Instagram Influencers. 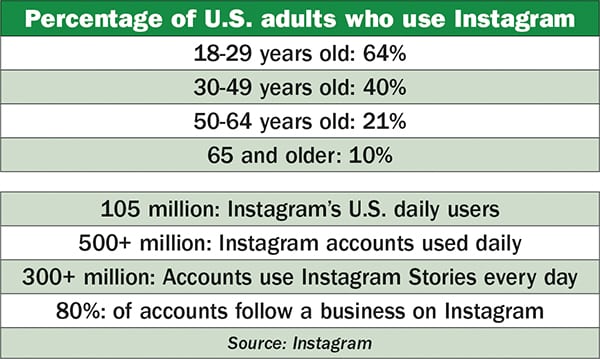 Three Approvals Before Reaching Out

“We have a vetting process where three team members must approve an [Instagram] influencer before we reach out” [to the influencer], Michael McColpin, associate producer at the United Nations Foundation (UNF), a global support group for the global organization, tells us.

UNF’s social team identifies potential influencers using the tool Nuvi. “It helps us key in on influencers” who are posting regularly and are enjoying strong engagement, which are among the factors UNF uses to evaluate influencers, he says.

In addition it looks at the markets it wants to reach and then compares them to those the influencers touches to decide whether or not the UNF campaign fits within the scope of those markets.

From there, UNF sends a template document via email or direct message explaining what it is and does, the particular campaign it is interested in having the prospective influencer participate in and what UNF expects of its influencers. Some UNF influencers like and re-post UNF posts, others create posts and attach a designated UNF hashtag to it.

“We explain that we’re bipartisan,” he says. “If you have an issue with this, we’ll try to reach an understanding.” Influencers attached to a political party generally are unsuited to be UNF influencers, McColpin adds.

A tip when working with influencers: It also is important to build strong relationships with the influencer’s talent manager and agency to achieve the best results for your strategy, McColpin says.

She also recommends finding influencers who fill the gaps in your editorial coverage. For example, if your editorial mission includes covering food events and news and you lack a source of food content, try to locate an influencer who covers that area.

Similarly, should you lack photographs in a particular area, she recommends staging a contest where your brand seeks user-generated photos to fill that gap. She notes, though, make sure your contest includes legal language that allows your brand to own the rights to the user-generated photos submitted to your contest. Last August, Apartments.com filled the gaps in 30 holes it had in its photography archive. It looked for photos of 30 different subjects, one for nearly every day of the month. The contest brought in 2,300 photos, Campbell Byrum says. 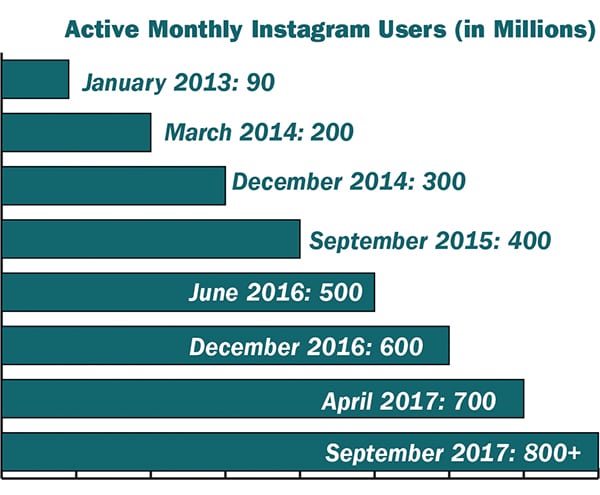 Influencers and Their Beliefs

Knowing what social causes influencers support also is a must for UNF, since its efforts almost always involve boosting awareness of issues. For a campaign about climate change (#EyeOnClimate) last year, UNF contacted 150 influencers; 50 responded, including British vlogger and YouTube star Louis Cole, better known by his online brand FunForLouis. Cole was the top-engaged travel influencer across Instagram, Twitter and Facebook during Q1 2018, according to Shareablee ( PRN, May 15).

A FunForLouis post features an airborne photo of Christmas Island with an effective caption: “Flying into Christmas Island showed me the scary reality of climate change. The aerial view is stunning but it’s easy to see how rising water levels will affect these low-lying Pacific Islands. Sadly large part of the country could be underwater by 2050. #EyeOnClimate”

UNF’s social media unit produces weekly, monthly and quarterly reports for its C-suite about its Instagram effort. “Our goal [with Instagram] is expanding our audience in N. America…and in particular regions,” he says. The KPIs UNF tracks include growth, reach, time of posts, engagement rates and hashtags. It finds influencers boost the brand’s SEO and helps build trust with a niche audience that is likely to take action. Over time, he says, the acquisition cost of using influencers is low and the ROI is high.

Picture This: Getting the Visuals Right

If a picture’s worth a thousand words, what are 3.2 billion photos worth? That is the total number of images shared on social platforms daily, according to Brandwatch. With that kind of competition how can brands break through?

As Instagram is a visual platform, it is not a surprise the visual makeup of your Instagram posts is critical. Campbell Byrum of Apartments.com urges brands to create “cohesive content” with a defined theme style, grid layout and color palette. Cohesiveness makes your Instagram feed more recognizable to users, she says, who are more apt to engage with a brand whose theme, layout and color they recognize. In addition she urges brands to maintain consistency on all their social channels.

Theme Style: There are myriad choices for an Instagram theme, of course and “there is no one right answer,” she says. How, then, to arrive at what your brand should look like on Instagram?

Campbell Byrum encourages social media executives to “write down words that describe your brand’s feelings, its mood…is your brand warm, happy, bold? And what does it bring to the table…then stick with those words in everything you post,” she says. This exercise will help inform your Instagram theme.

For Apartments.com, the choice was a Monotheme, showing bright-looking apartment interiors and exteriors daily. Other options include Flatlay, where products, often food, are shown lying flat in photos. A Minimalist theme emphasizes clean, uncluttered photos. A Color Coordination theme has brands posting photos with a consistent color palette, while a Rainbow theme features horizontal rows of photos with the same color palette [see graphic].

Color: For colors, she recommends picking three or four “and sticking with them…this will keep your brand’s posts feeling consistent.”

Grid Layout:Campbell Byrum argues the choice of a grid layout—some brands use a traditional layout with photos in squares, others alternate between photos and quotes, still others employ themes in vertical lines—helps brands “stick to their editorial mission” on Instagram.

Editing Photos: “Half of creating cohesive content,” she says, “is shooting the photos. The other half is editing them.” Again, consistency is important. “Stick with an editing routing so you’re not mixing and matching styles,” she says. One way to do this is to set the apps’ contrast gages, temperature gages and saturation gages. This will ensure consistency, particularly if several people are editing photos.

Editing apps beyond those found on Instagram, she says, “can raise the level” of photos, especially if you lack the budget for professional editing. Her favorites include: VSCO, Pictapgo, Lightroom, Snapsneed, Colorstay and Canva. In addition she likes the app Preview, which “lets you rearrange your photos before you post them.” But avoid going overboard with editing apps. “Subtle changes are the best.”